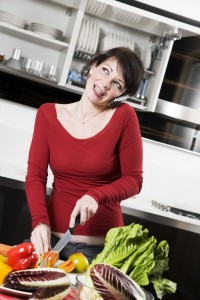 While it’s not uncommon for people to move for work or family reasons, there are times when it may be necessary for spouses who are still married to live apart. While they are still married, and still carry the same responsibilities of marriage, it is important to remember that the law is broad and each state carries with it its own variations. Below are some unique issues that may arise when two married persons choose to live in different states.

No matter where you go in this country, taxes will always be a big issue. One of the key things to keep in mind is that laws can vary between states. While there is an overarching structure that is similar across the board, there are specific nuances that can create larger problems down the road if they are ignored or overlooked. If you and your spouse are residents of two different states, then you would each be subject to different state tax laws.

Just as a person’s residence can determine where he pays taxes, residence can also determine what happens to property after death. When a person dies, his estate is regulated in the jurisdiction in which the person was a resident. Needless to say, this can create some inconveniences to the surviving spouse if the spouses lived in different states.

While there are several legal considerations regarding children, the most important thing to ensure is the welfare of your children. Even if you do not have any issues with living in a different state from your spouse, the separated living arrangement can be stressful for children, since they will not have as much access to both parents. Not only would a child be separated from one parent in such situations, the child may even have to move to another state. When deciding how to arrange maintaining a long distance marriage, it is always important to consider the impact it might have on any children in the marriage.

While spouses might choose to live in separate states without considering divorce, their residency status can affect the divorce process should it become an issue. One of the primary issues that will arise when spouses are living in different states is determining where to file the petition for divorce.

A court’s jurisdiction over a marriage is based not on the state in which the marriage took place, but the state in which a spouse is a resident. Interestingly enough, different states have different residency requirements. For example, in Nevada, you only have to live in-state for 6 weeks in order to become a resident. Other states, such as Iowa or New Jersey, require a person to live in-state for at least a year before becoming a resident. Naturally, this can cause some complications if one or both parties seek to obtain a divorce, but do not yet meet the residency requirements of the state they are currently living in.

Just as states differ on when a court may have jurisdiction over a petition for divorce, they also differ on how property is divided. There are two primary systems of property division in the United States today.

The first system is known as the “common law” system, which is applied in a majority of the states, including Florida. In a common law state, property is divided between personal and marital property, with only marital property being divided between the spouses. In addition, the division is made based on the needs of the parties, as opposed to being a straight 50/50 split.

5. Validity of the Marriage

When most people take that step to establish their marriage, they might think that it is something that is valid anywhere in the United States. It is possible, however, that a marriage may not be recognized in another state. As mentioned above, states vary in what they allow and prohibit in their laws. Marriage is no different. While the most current example is that of same-sex marriages, there is also the matter of the common law marriage.

Marriage is not a judgment. Therefore, a marriage does not obtain the protections of the Full Faith and Credit Clause in the United States Constitution. If a form of marriage violates strict public policy, then it will not be valid in that jurisdiction and the married persons will not be able to claim any marital benefits in that state. This also means that a person will be unable to obtain a divorce in a state that does not recognize that person’s marriage, since divorce is based on the existence of a valid marriage.

While there are other considerations to take into account when you and your spouse decide to live in different states, it is always a good idea to speak with a skilled attorney to help you identify the specific issues that may affect your situation.