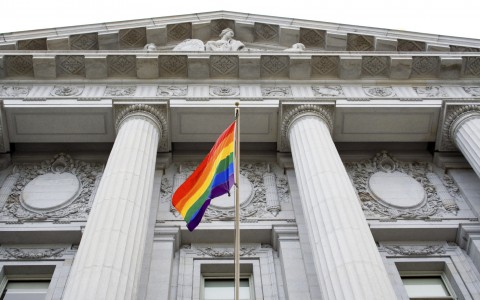 Recently, Florida joined the majority of states in the U.S., when it officially allowed same-sex couples to marry. The court ruling ending the ban on same-sex marriages in Florida was made in August 2014, by U.S. District Judge Robert Hinkle. This ruling held that Florida’s same-sex marriage ban violated the Constitution because it denied same-sex couples due process and equal protection under the Constitution. While Judge Hinkle held that the ban on same-sex marriages was unconstitutional, he also issued a temporary stay on his order until 90 days after the Supreme Court made a decision on a series of cases that were petitioning for a writ of certiorari. In October 2014, the Supreme Court denied certiorari to these cases, which set Judge Hinkle’s decision into motion. As of January 6, 2015, same-sex couples have been able to get married in Florida.

What’s on the Line

A Decision against Same-sex Marriage

This will naturally create problems for same-sex couples in Florida, even if an amendment is passed that would remove the 2008 language in the state constitution that banned same-sex marriages. In addition to losing a marriage license, same-sex couples would also lose any state and federal marital benefits gained during this time, since they would no longer have a valid marriage. In addition, even if the amendment is passed, questions would be raised about where to proceed from there.

Just as marriages would be affected, divorces and estate issues would become a problem as well. Regarding divorces, even if a person was validly married in another state, they would not be able to get a divorce in Florida any more. This is because, should the Supreme Court rule against the constitutionality of same-sex marriages, there would be no legally valid marriage for the Florida courts to have jurisdiction over. In addition, the disposition of parties’ properties upon death would be affected, since a spouse in a same-sex marriage would not obtain the same protections that a spouse in a heterosexual marriage might have.

A Decision for Same-sex Marriages

In the alternative, if the Supreme Court holds that same-sex marriages are protected under the Constitution and that the protections of the Fourteenth Amendment apply to same-sex marriages, then same-sex couples would gain a wider range of options. While same-sex couples that are married will not have any large difference in the way their marriage is treated in-state, they will have a broader range of activity due to the protections of the Fourteenth Amendment.

Overall, there is no doubt that the upcoming cases will have an effect on Florida Residents, regardless of which side the Supreme Court comes out on.