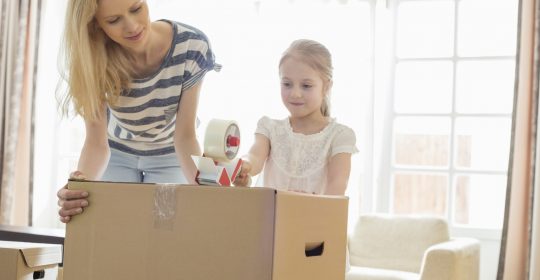 Divorce is rarely an easy matter to deal with. Not only are there financial matters that concern both parties, but in cases where there is a child, there are extra considerations that have effects long after the actual divorce. In a custody determination, the courts are concerned with the best interests of the child. What happens, then, when a parent wants to move out of state?

It is typical to think that if a parent is granted physical custody over a child, then they do not have to consult the ex-spouse when making major decisions concerning the child. In domestic law, however, there are two types of custody, which are physical custody and legal custody.

Legal custody, on the other hand, has to do with the basic choices a parent makes throughout a child’s life, such as what medical care he gets, where he goes to school, where the child lives, and so on. A parent that has legal custody over a child can prevent the other parent from making certain decisions for the child without consent of the other parent. Typically, both parents retain legal custody over the minor child. As a result, this would prove to be one of the largest considerations in the decision to move. This is because a non-custody parent that has legal custody can still prevent you from moving out of state with the child. This would be done through court, where the judge would order you to remain in the state. In addition, the custody determination from the court may even include travel restrictions, preventing either parent from moving the child beyond a certain geographical limit.

It is highly recommended that you do not, under any circumstances, violate a travel restriction, since it is possible for you to lose custody of your child. Under Florida Statute 61.13001, for example, a parent who has custody over a child may not, without consent, relocate more than 50 miles away from the original residence at the time of divorce, for no longer than 60 days.

The Relationship between the Child and the Parents

The relationship between a parent and child is not easy to break, and can put considerable strain on a child, especially when both parents make an amicable split. Facing separation from either parent can cause severe stress or strain on a child going through divorce, as any child of divorce may know. As a result, another big factor is the relationship between the child or children and the non-custody parent.

The reason this relationship is so important is because, should both parents, or the court, agree to allow the parent with custody over the child to move to another state, the child could be negatively affected from the further separation of the parents. The child could go through hardships during or after the move, such as a decrease in school performance, poor health, or depression, all due to being separated from the other parent. (Learn 9 steps to help you through a divorce) Even if it’s just over to the next state, a few more hours in distance can feel like a lifetime away to a child. This would be enough to justify the non-custody parent to go before a judge and move for a modification of the child custody determination due to a material change in circumstances. In fact, the importance of this consideration goes beyond the legal argument. No parent wants to see their child suffer or deteriorate, even if the move is necessary for other reasons. Generally, a parent will want what is best for the child, and in some cases, having a stable relationship with both parents is what is best for the child. There are times, however, when remaining in state is simply not an option, which leads into the next consideration.

The Purpose and Effects of the Move

In addition to the parent’s reasons, the court also considers the effects on the child along with the desires of the child regarding the move. For example, if the move will provide the child with improved living conditions or is deemed to provide educational opportunities not found in the current place of residence, then a court will be more likely to grant a petition to relocate. While no one factor is determinative, the compilation of factors can help a court reach a decision that is in the best interests of the child.