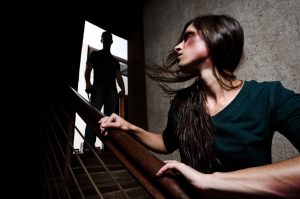 Marriage is intended as a lifelong commitment of love, support, and union between two people. There are times, however, when one party takes advantage of the other with physical abuse. While no marriage should come with the risk of domestic violence, most people, the courts included, acknowledge that it does happen. The courts acknowledge that domestic violence is not an intended part of marriage, and that there are consequences to such actions. As a result, courts will generally consider domestic violence incidents when dividing property, awarding custody of any children, and providing for alimony.

The courts in Florida will not consider any abuse as a basis for granting a divorce. This is because, in Florida, fault divorce has been abolished. Even though Florida has abolished fault divorce, the courts are still allowed to consider fault in certain circumstances when dividing property, making custody determinations, and awarding alimony. For example, under the Florida statute regulating property division, the court is allowed to consider any factors necessary to do equity and justice between the parties. Even though the letter of the law does not explicitly account for domestic violence, courts have considered the presence of domestic violence when making property divisions, among other related court actions. Domestic violence, however, can have effects that go even farther than just the relationship between spouses.

Custody
In any custody determination, the focal point of the court is the best interests of the child. Naturally, evidence of domestic violence can go a long way to affect the outcome of a child custody determination. In Florida, courts begin with a presumption that custody can be shared. However, there are situations in which the presumption is rebutted. While it is likely that the court will allow the non-abusing parent to have custody over the child, the court will still need to consider all of the facts in the case in order to make a decision that is in the best interests of the child.

Should there be sufficient evidence to establish that there was domestic violence within the marriage, one action the court may take is to grant full custody to the non-abusing parent, while granting supervised visitation to the other parent. This might be especially warranted if the parent is alleged to have previously brought harm to, or is at risk of harming, the minor child.
Finally, if a parent is so abusive that he or she would be deemed unfit as a parent, then his or her parental rights may be terminated. Even though this might not seem like a lot, it can have a great deal of impact on the non-abusing spouse. Once a parent has had his or her parental rights terminated, he will no longer have any say in the life of the minor child. That parent will no longer have the right to visit the child, or to choose where the child goes to school, and will be unable to prevent the relocation of the custody parent. In order to terminate a parent’s custody over a child, a court must find that the parent’s actions or circumstances fit within the circumstances listed in Florida Statute 39.806. For example, courts may terminate the parental rights of a parent who engages in conduct toward the child that demonstrates that the continuing involvement of the parent in the parent-child relationship would threaten the safety of the child. While there are several circumstances that would lead to the termination of parental rights, not all of them require acts of domestic violence.

Alimony
Finally, there comes the matter of alimony. Alimony payments are generally those payments that are provided to meet some need of the spouse, whether it is for education or for basic living needs. While alimony can be either temporary or permanent, in Florida, there are five recognized forms of alimony. They are:

While each form of alimony has its own requirements and necessities, courts can consider several factors when determining whether to award alimony or maintenance. Some factors include, but are not limited to:

Understandably, the courts take spousal abuse very seriously, and have been known to consider occasions of abuse or violence when determining the amount and length of alimony payments.