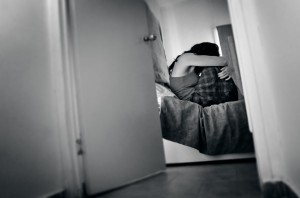 We are seeing a great deal of coverage in the news about professional athletes accused of varying types of domestic violence.  Domestic violence is a crime, but all too often the criminal aspect of this is pushed aside because of other considerations, such as economic factors.  Domestic violence can spill over from the spouse as victim to the children as victims, and this is when many victims decide to end the abusive marriage.  Sometimes the act of filing for divorce triggers the violence.

In this article we talk about how domestic violence is defined in Florida, how it can impact a divorce, and what you can do if you or your children have been the victims of domestic violence.  This is a complex issue, and in no way is this article meant to be a complete discussion of the problem.

For purposes of obtaining an injunction (restraining order) in Florida, “domestic violence” includes assault, battery, sexual assault or battery, stalking, kidnapping, false imprisonment, or any other act that results in a family or household member’s injury or death.

Under the Florida statutes, “assault” is defined as “an intentional, unlawful threat by word or act to do violence to the person of another, coupled with an apparent ability to do so, and doing some act which creates a well-founded fear in such other person that such violence is imminent.”

“Battery” is defined as when one “actually and intentionally touches or strikes another person against the will of the other; or intentionally causes bodily harm to another person.”  For instance, hitting, pushing, slapping, kicking, choking and punching are types of battery; forcing one to commit sexual acts against their will is sexual battery.   There is no distinction made between spouses or strangers regarding the criminality of acts of sexual battery (including rape)– no so-called “marital exemption” for these acts.

You often see the words “assault” and “battery” used together, and there is a very good reason for this.  If assault is the act of creating the well-founded fear of imminent violence, that fear exists just before the physical act of violence occurs.  They are two separate criminal acts.  The acts of assault and battery can exist alone, but are often charged together.

While technically Florida has abolished the concept of “fault” as grounds for divorce, if domestic violence is part of the divorce equation, it can potentially make a difference in alimony awards and time-sharing and parental responsibility of the children.

The Florida courts highly disfavor domestic violence and its perpetrators, and will make decisions accordingly.  If a person has been convicted of domestic abuse, or is in prison because of a conviction for domestic abuse, the judge will probably assume it is not in the children’s best interest to spend time with that parent.

Even if there has been no conviction of domestic abuse, or if there is no restraining order in place, the judge can consider evidence of abuse in determining what is best for the children.  If the judge does award time-sharing, the other party can ask for supervised visits if they think that they or the children are at risk of harm.

Remember that the judge in a case has wide discretion over a number of matters, including custody decisions, time-sharing, alimony awards and who may remain in the residence.  In each instance, there is a catch-all phrase in the statute allowing the judge to consider any other facts that might be relevant to reach a fair outcome or one in the best interests of the child.  This often includes the matter of whether the relationship was an abusive one.

Allegations of domestic abuse are very serious.  They can impact not only the matters of a divorce, but can spread ever-widening circles that affect someone’s reputation and job situation.  If convicted of domestic abuse, it may mean jail time, giving up your firearms, mandated therapy sessions or court supervision.  It can seriously affect the relationship with the children if time-sharing is limited or completely disallowed.

One should never make unfounded or untrue allegations of domestic violence just to gain an upper hand in a contentious divorce process.  The courts do not look favorably on those who misrepresent the truth, and doing so could backfire on the person making the false allegations.  Revenge, retribution and one-upsmanship should have no place in these proceedings.

If you have been falsely accused of domestic violence, then you should definitely seek legal help experienced in family law.  Don’t let an untrue accusation ruin your reputation and your quality of life.  Make sure you answer the allegations, no matter how fabricated they are, so that you have the opportunity to refute the allegations.

What Can Be Done?

If you are a victim of domestic violence, you are entitled to protection from the legal system.  There is no cost to file for an injunction (restraining order) for protection from domestic abuse in Florida.  You must tell the court in the application exactly what happened and why you fear it will happen again.  The more details, the better, so the court can make an informed decision.

There is help available even after regular business hours – emergency restraining orders can be issued after 5:00 pm or on holidays or weekends.

The initial restraining order will be a temporary one, good for only 15 days.  Then there will be a hearing to determine whether the order should be made permanent, and what particulars should be included in the order.

You should also know that Florida has workplace protection for victims of domestic abuse.  If you have had to take time off from work to deal with this problem your job is protected.   There are certain criteria to take advantage of this protection, and we will address this in depth in another article.

If you or your children have been the victim of domestic violence at the hands of your spouse, you can petition the court for an order of protection.  You do not even need an attorney to do this, but in many instances, having an attorney helps define the terms of the order explicitly, which may provide more protection.  If the domestic violence is a factor in a divorce proceeding, you definitely need an attorney who has experience with these types of cases.