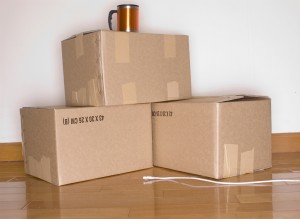 In any divorce, there are a number of considerations that can complicate matters. In a divorce, the outcome is rarely as simple as filing a few forms with the court and letting the parties move on with their lives, especially when minor children are involved. This is because life goes on and new changes arise every day. Sometimes, it may even be necessary for one parent to relocate to another city, or even another state. In these situations, one might wonder whether the parent has the right to relocate or to prevent relocation. As with other divorce considerations, the answer is rarely a simple one.

In order to get a better understanding of child relocation, it is best to take a look at Florida law concerning child custody. While Florida may refer to child custody in different terms, such as time-sharing instead of physical custody, the concepts are similar. In any case concerning a minor child, the court must first begin with considering the best interests of the child. Under Florida law, factors that the court considers when making a determination based on the best interests of the child include, but are not limited to:

As mentioned above, while Florida law does not refer to the more common terms of physical and legal custody, these gaps are filled in with the concepts of time-sharing and parental responsibility. While it is possible for parents to agree to custody terms outside of a custody hearing, the court generally requires that both parents share equal time-sharing and parental responsibility when possible. While this only takes place in certain circumstances, and is subject to the best interests of the child, having even a small amount of parental responsibilities or visitation time can affect a parent’s decisions and can even restrict parents from relocating.

In Florida, as mentioned above, while child custody concepts are similar to that in other jurisdictions, they are referred to by different names. For example, in the majority of jurisdictions, the concept of physical custody pertains to a parent’s court-ordered right to live with and care for the minor child. In many cases, one parent will have primary physical custody, whereas the non-custody parent will maintain visitation rights. In Florida, however, this concept is replaced with the concept known as “time-sharing.” This term refers to how much time each parent may spend with the minor child as set out by a court-ordered schedule, or a parenting plan.

Generally, courts are in favor of an equal time-sharing schedule. In cases where there is an unequal distribution within the time-sharing schedule, the rights of the parents are protected by the public policy of Florida, which provides that each minor child has frequent and continuing contact with each parent after the separation or divorce of the parents. That being said, however, much as with any other matter concerning the custody of a minor child, the court will primarily base its decision on the best interests of the child. While there can be some issues resulting from an unequal time-sharing schedule, barring any extreme circumstances in which the child’s welfare is endangered, the courts will likely uphold the other parent’s right to spend time with the minor child. With that in mind, there are some obstacles that may arise that could prevent a parent from upholding or fulfilling a time-sharing schedule.

Life can become complicated quickly after a divorce. Not only will one party have to find a new place to live after the divorce, but also new considerations may arise that can impact the new family dynamic. These issues can range from financial to emotional and can continue to cause a great deal of changes in a person’s life. One of the biggest issues a divorced parent may encounter is that of relocation. Fortunately, the Florida legislature provides some guidance regarding relocation matters under Florida Statute 61.13001.

As with other matters that may arise throughout a divorce, one simple way to settle a relocation matter is to agree upon it outside of court. In many cases, courts will allow a parent to relocate with a minor child as long as there is written consent from both parents, and as long as the non-relocating parent’s time-sharing schedule is clearly defined. In many cases, however, this may not be an option. In situations in which the non-relocating parent is objecting to the relocation, Florida law provides procedures for the court to make a determination. If the court finds that relocating is not in the best interest of the child, the court may then adjust the time-sharing schedule and may even temporarily prohibit relocation. Before anything else, however, in the absence of an agreement to relocate, the relocating parent must first submit a petition with information including, but not limited to: