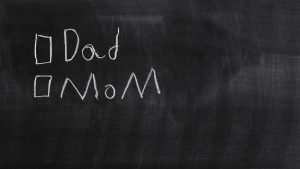 The divorce of two parents can touch far more than a party’s checkbook or living situations. As most people know, divorce can also affect how much contact parents might have with their children. Through a divorce, either the parents or the court will need to decide what happens to the child, and what rights a parent will keep after the divorce. In Florida, this determination is made through what is known as a parenting plan. While it is possible for parents to agree outside of court on parenting plans, development of a parenting plan is largely the same both in and out of court.

In any custody determination, the primary focus of the court is the best interests of the child. Absent any agreement to divide custody, courts will generally decide how to divide custody between each parent. While some people might be aware of the concept of custody, they might not be aware that there are actually two types of custody a parent can have. These forms of custody are known as legal custody and physical custody, and can affect not only how much time a parent can spend with the child, but also what a parent is able to do with the child. Whereas physical custody determines how much time a parent spends with the child, legal custody allows parents to make decisions for their child, such as where to go to school and when to get medical treatment.

Interestingly enough, in Florida, custody determinations have been erased from the books, and have been replaced with the concepts of “time-sharing” and “parental responsibility.”

While there are many issues to consider in a custody determination, the primary one is whether the court has jurisdiction to even hear the case. In order to have jurisdiction over a child custody determination, the child must live within the state for at least 6 months. The key thing to remember about a child custody case is that it is based, not on where the parents live or where the parents are getting divorced, but on where the child lives. While Florida no longer recognizes the concept of custody, they still hold to the same requirements of jurisdiction. Once a court has jurisdiction over a case, the court may then, under Florida Statute 61.13 consider either any parenting plan that the parties put forward, or the court may determine parenting and timesharing issues based on the best interests of the child. In either case, the court will be reviewing the issues of time-sharing and parenting responsibility.

Most people are familiar with the concept of physical custody, in which one or both parents can have the right to live with, and care for, the child. While Florida no longer recognizes the concept of custody, it does use the term time-sharing, which is similar in application. Time-sharing simply refers to how much time each parent gets to spend with the child under a schedule set out either by the court or within the parenting plan.

While the time-sharing schedule can provide one parent more time with the minor child than the other parent, it is public policy of Florida that each minor child has frequent and continuing contact with each parent after the separation or divorce of the parents. That being said, while Florida’s public policy is in favor of allowing children to spend time with each parent, there are situations in which one parent may gain more time with the child. As with any other matter in a child custody determination, however, the issue of time-sharing is based primarily on the best interests of the child.