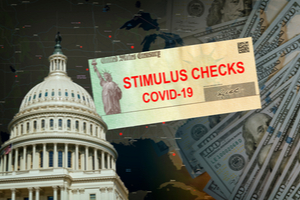 When a couple divorces and children are involved, child support is likely to be involved. Even though it is a legal obligation, not every parent takes it seriously. In 2015, $33.7 billion in child support was owed, but only 60% of that money was actually received.

Why do parents not pay child support? While some parents just do not want the obligation because they think it is unfair and that they should be able to spend their money on other things, most parents do want to pay child support. They just cannot afford to do so, and that is becoming increasingly common now that more than 30 million Americans are out of work due to the coronavirus pandemic. It is getting harder and harder to pay for everyday expenses, let alone credit card bills and child support.

Child support is roughly $300 a month (even more for those with higher incomes), and that is a lot of money to some people. That money can be used to pay for utilities, food and other necessities.

When parents do not pay child support, they can face penalties as severe as jail time. This debt continues to add up and they can face wage garnishment and interception of tax refunds and gambling winnings. That is why many Americans are upset that they never received their coronavirus stimulus check—it went to the other parent as reimbursement for unpaid child support payments.

Those who were expecting that extra $1,200 are understandably disappointed. They no doubt had big plans for that money. They could have paid for rent or paid off a credit card bill. Now they are frustrated. They have their own financial circumstances. They may have children and a new family now, so they do not think it is fair that their other children benefit. The spouses of those who owe child support do not find it fair either, as the government is garnishing the whole refund amount—even the $1,200 for the other spouse and $500 per child—not just the $1,200 for the debtor spouse.

The solution: Those spouses who do not owe child support can file an injured spouse claim. This allows the spouse to receive the refund they deserve, based on their own circumstances. They can also claim the $500 refund for each child. However, this could take months to fix, so those who are expecting this extra money soon may not receive it until summer’s end. Tax refunds are normally held for 11-14 weeks, but this could extend to six months.

Should People be Denied Stimulus Checks?

Parents who have child support debt are complaining that they will not receive a stimulus check. Do they have the right to complain? Not really. Children are a huge responsibility. The courts require that both parents contribute to the upbringing of their children. It is not fair when one parent has to care for a child on their own because the other parent does not want custody or to pay child support.

Many people have children from previous relationships as well as children from current marriages. They are worried that having their stimulus check garnished benefits their previous children and creates a hardship for their current family. While this may be true, the government does not care that you have a new family. Child support is an obligation and the government wants to make sure you are taking care of this obligation. If your stimulus check is being garnished, that is because you did the wrong thing by not making your child support payments.

A person who has multiple children from different partners has, in essence, multiple families to support. It is that person’s responsibility to ensure those families are cared for financially. When the government has to step in, that means you are not doing your part. You cannot simply neglect your older children to focus on your new family.

If the person had paid their child support obligation, they would have gotten that much-needed relief check. That begs the question, why did the parent not pay child support? Life happens, and while people go through periods of unemployment and lack of funds, did the person do everything possible to continue paying this debt?

That is what the court is for. If a person is facing financial difficulties, they should not simply stop paying child support. They should communicate with the other parent as well as speak to a lawyer about filing a child support modification. If approved, this would allow for a parent to pay reduced payments or even stop payment altogether for a temporary period until they get back on their feet financially.

It is up to the parents to take responsibility for their actions. They should not be angry at the government because their anticipated stimulus check went to help raise the children—something that they should have been doing in the first place.

Child support obligations are taken very seriously by the courts. That is because they keep the best interests of the children in mind. When a parent has an obligation to pay child support to the other parent and they fail to do so, the state agency will step in and find a way to get money to the primary parent.

Dealing with child support issues? Get help from Broward County divorce attorney Scott J. Stadler. If you cannot afford to make your monthly payment, he can provide you with options that can help. To learn more, schedule a consultation by calling (954) 346-6464.