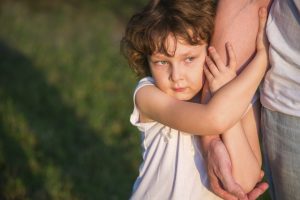 Divorce, as most people are aware, is a process that affects more than just the relationship between parents. In marriages with minor children, divorces can affect how much time a child can spend with his or her parent, and in some situations, a parent may lose all rights to visit with and care for the child. While the default for custody matters in Florida is an equal division of physical custody and parental responsibilities between the parents, there are some situations in which a party may obtain sole custody over the minor child.

Under Florida law, as with many other jurisdictions, custody is divided into two main categories. Unlike other jurisdictions, however, Florida refers to these types of custody by different terms. The first is known as time-sharing, which concerns the physical time that a parent spends with the child. The second category of custody is known as parenting responsibility. A parent who has parenting responsibility is allowed to make decisions that affect the child, ranging from what kind of health care the child will receive, to how the child will be educated.

In Florida, before any decision is made, both parents must create a parenting plan that lays out the roles of the parents regarding decisions about their child. The parenting plan will cover such matters, including:

Once this has been done, both parties must agree to the plan, and the final plan must then be approved by the court. Even though the default preference in Florida is for both parents to equally split the responsibilities and time they spend with the child, there are certain situations in which courts will recognize that sole parental responsibility is warranted. It is important to note that, even though courts may provide sole parental responsibility to one parent, courts are not obligated to also award sole physical custody to one parent, and may still enforce time-sharing, as long as it is in the best interests of the child.

Even though Florida law is in favor of shared custody, or shared parental responsibility, there are occasions where courts will allow a party to obtain sole parental responsibility for a child. As with any other consideration in a custody determination, this decision must also be based on the best interests of the child.

Under Florida law, evidence that a parent has been convicted of a first degree misdemeanor or higher involving domestic violence creates a rebuttable presumption that there will be some kind of harm to the child. Unfortunately, not all relationships in which domestic violence takes place go to court. In such cases, presenting the court with evidence of a history of domestic violence can establish that allowing that spouse to obtain even partial custody would not be in the child’s best interests.

Just as domestic violence can create a risk of harm to the child, so too can drug or alcohol abuse endanger children. Evidence that a parent struggles with drug or alcohol abuse can help a parent obtain sole custody over the minor child by showing that the opposing parent is not capable of caring for another person.

Finally, there is the matter of dangerous mental illness. While a parent who cannot support himself may be a danger to the child, a parent suffering from a dangerous mental illness might threaten the safety of the child in several ways. Providing evidence that a former spouse might have a drug and alcohol problem is just another way for parties to establish that they should receive sole custody.

Even though obtaining sole custody of a minor child can be a complex and occasionally frustrating process, you don’t have to go through the process alone. There are several things you can do in order to help you obtain sole custody over the minor child.

One of the biggest things a person can do is to find an experienced, dedicated family law attorney that can help with the case. In any legal matter, knowing what the law does and does not account for can help protect a person’s rights and meet their needs. Finding the right attorney can go a long way in helping a parent obtain sole custody.

In addition to finding a lawyer, there are things you can do to help prepare your case for trial. The most significant way people can help prepare their own case is by gathering all of the relevant evidence. Such evidence may include hospital bills and records, certain court documents establishing that a spouse has been convicted of domestic violence, photographs showing damage, and even witness testimony.