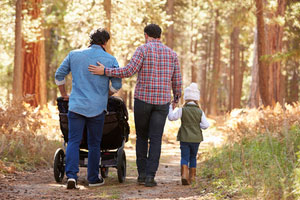 It used to be that marriage and divorce were reserved for heterosexual couples. Same-sex couples were not allowed to be married. That all changed on June 26, 2015. The United States Supreme Court decided that, under the 14th Amendment, same-sex couples had the constitutional right to marry. This meant that couples could legally marry in any of the 50 states. They would be afforded the same benefits given to heterosexual couples, including tax benefits, access to employee benefits, and rights related to medical decisions. At that time, 13 states had still banned same-sex marriage, and they had no say in the matter.

This landmark decisions also gave same-sex couples the right to divorce, should their marriage not go as planned. Previously, there were issues with same-sex couples marrying and divorcing. Because not all states supported same-sex divorce, some couples would get married, live in a different state and not be able to get a divorce. This is because many states required residency in order for couples to divorce.

However, getting divorced is still not a simple matter. Even in heterosexual divorces, there are often many issues that need to be resolved. Complications tend to arise, which is why seeking legal help is recommended.

How Many Same-Sex Couples are There?

The Census Bureau is working to get better estimates of how many same-sex couples there are in the United States. By using tax returns, it can be estimated that it in 2015, there were more than 250,000 same-sex couples. That number has likely increased since then.

The requirements for same-sex divorce are pretty much the same as for heterosexual divorces. Each state sets it own requirements. They may differ in terms of length of residency and how long a couple must wait for the divorce to be finalized.

In Florida, you must file for the divorce in the county in which you live. There are some residency requirements. You must have lived in the county for at least six months before a divorce can be filed.

Compared to heterosexual divorce, same-sex divorce comes with some complications. The biggest issue is that many same-sex couples have been together for many years—even decades—before getting married. That is because they were not legally allowed to get married before.

The length of a relationship often dictates how assets are split and whether or not alimony plays a role. The longer a marriage, the more weight it carries when determining assets or alimony. So if a couple who was married in 2015 divorces in 2018, but were together for 15 years before the marriage, are they considered together for three years or 18 years?

Sometimes the court will backdate the marriage and add on a couple years, but there really is little one can do to prove a longer union. Even proof of a joint bank account from decades ago may not prove sufficient for the court. However, the length of time can make a huge difference, particularly if one spouse was a higher earner. The stakes become higher.

If the same-sex couple has children together, this can create an issue when the couple goes to divorce. Even if both parties are raising the child, only one party has legal rights to the child. The other party is considered a non-legal parent, and this can affect child custody.

Complicating things further is the fact that some states required domestic partnerships at first. Couples could then get married, so they did and left those domestic partnerships intact. This means that upon a divorce, the couple has to legally end both unions in order to be fully divorced.

Given that the law is still strict when it comes to homosexual couples divorcing, it may be in their best interests to choose mediation. Instead of fighting over every aspect of their relationship in court, they can choose the terms of their divorce. Nobody understands their finances and family matters better than the couple themselves. That means they are best suited to come up with a resolution that fits their needs. That is why couples should always try to choose mediation over litigation.

There is more flexibility with mediation. If a same-sex couple is on amicable terms, they can choose to end their marriage in a fair and just manner, rather than having a judge decide. When the court decides the terms of a divorce, nobody really wins.

Dealing with same-sex marriages and divorces can be complicated, since they were not legal in all 50 states until just a few years ago. There are some nuances that can make it hard for couples to divorce. In fact, many couples had to stay married longer than they wanted to because of varying laws.

Divorces are complicated whether you are heterosexual or homosexual. A divorce can take a financial, emotional and physical toll on a person. Palm Beach divorce attorney Scott J. Stadler can help you understand your options. Schedule a consultation by calling (954) 346-6464 today.