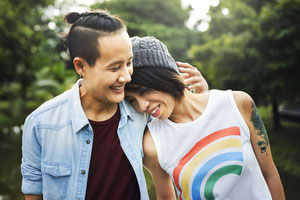 Most people who have experienced divorce will tell you that it is not an easy process. Even when both spouses reach a mutual conclusion that divorce is the best option for moving forward, the divorce process can be draining on a number of different levels. It is no secret that divorce can have an impact on a person’s finances, both as an individual and as a married couple dividing assets. It can also take a mental and emotional toll.

While divorce is not easy for anyone, there are some special challenges that same-sex couples considering divorce may face. These observations, adapted from an article from CNBC, highlight many of the prominent issues in same-sex divorces that have arisen since the United States Supreme Court legalized same-sex marriage in 2015.

The first step in understanding Florida property division during divorce is to recognize that Florida is an equitable distribution state. This means that the divorce process will attempt to divide property in a manner spouses can agree on that is fair and reasonable, but that does not necessarily mean everything will be divided equally. Property division also includes division of debts, potentially both marital debts and individual debts depending on the circumstances and the negotiation process involved.

For same-sex couples that have a significant history together, property division can be especially challenging. Many same-sex couples began their family before the 2015 decision, acquiring assets together prior to being married. In some circumstances, those assets may only be in one of the spouse’s names. This presents unique challenges in approaching how property is divided. However, an experienced Florida divorce attorney who understands the many nuances in state law as they relate to property division can apply those considerations to the unique individual circumstances that may exist in a same-sex marriage.

There are challenging child custody issues inherent in a same-sex divorce. Many same-sex couples that share children may have adopted them jointly. However, it is not uncommon for same-sex couples to have one parent who is the biological parent of the child while the other parent is not. If the other parent has not legally adopted the child or children in question, then this could present unique obstacles in the child custody process, particularly if the biological parent of the child or children is less interested in sharing custody.

Any marriage facing divorce runs the risk of children involved in the divorce unintentionally becoming pawns in the process, but the circumstances of many same-sex marriages may make this even more likely depending on the circumstances of the divorce. Making sure that both parents retain a primary focus on ensuring that the best needs of the child or children are met both during the divorce process and in any parenting plan put in place as part of the divorce process or divorce agreement is crucial to helping children successfully transition during a divorce.

Spousal support is a complicated issue in any marriage but is of particular concern in many same-sex relationships. For instance, if a same-sex couple has been together for 20 years but has only been legally married for two, how should spousal support be calculated if it is even a consideration? Likewise, how will contributions to a partner’s education or the home the two shared prior to the marriage that could have a significant impact on considerations like spousal support be handled?

There are no clearly established legal standards to answer these questions. States will typically apply their current statutes to a same-sex divorce in situations where divorcing same-sex couples cannot reach an agreement on issues related to the divorce. This puts an even bigger emphasis on the negotiation phase involved in divorce and can make the willingness to maintain effective communication between divorcing spouses even more important.

Depending on how a state handled the 2015 decision legalizing same-sex marriage, there could be significant legal legwork that needs to be done as part of the divorce. If couples were part of an established domestic partnership, civil union, or other such commitment and the state in which they entered into that commitment did not outright abolish the process as part of its approach to same-sex marriage, same-sex couples may need to end multiple legal relationships as part of their divorce process.

There may also be important tax considerations to take into account when considering same-sex divorce, especially given the change in how the federal tax structure will deal with alimony after this year under the current tax plan. These issues and many other legal grey areas are likely to come into play when it comes to same-sex divorce.

As negotiation may play an even more crucial role in same-sex divorce, taking advantage of the different approaches to the divorce process can be an asset for same-sex couples. For instance, mediation may play a much more dynamic role in a same-sex divorce. Collaborative divorce approaches like mediation can save time and money while helping same-sex couples retain more control over their divorce. An experienced Florida divorce attorney that has worked with a variety of different families in navigating the often-complex divorce process can be an important asset in your approach to same-sex divorce.

If you have special concerns related to same-sex divorce in Florida, or if you just want to know more about your options when it comes to divorce and how the process might affect you and your family, contact Scott J. Stadler to schedule a consultation and find out more information about how our firm can help you explore your options.