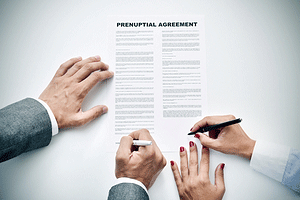 While most people do not get married with the ultimate goal of getting divorced, a divorce can become inevitable in some marriages. Prenuptial agreements are well-known documents that are created in an effort to protect assets as well as dictate how such assets are to be divided in case of divorce. For many years, they were mostly used by wealthy individuals that wanted to ensure financial security in the event that their marriage ended in divorce. However, they have recently found their way into more widespread uses as a way to help individuals feel protected when making the decision to enter into an unpredictable situation like marriage.

Duress is a legal term that basically refers to the threat of potential harm for not complying with someone’s wishes. The harm does not necessarily have to be physical, but the threat of harm needs to be severe enough so that a reasonable person would believe that he or she had to comply with the directive given or face such harm. In Florida, it is not likely that the threat to not marry someone will qualify a prenuptial agreement to be deemed invalid for purposes of duress.

Additionally, vague and generalized prenuptial agreements often do not have enough specifics for a court to uphold them. Even if a court is willing to entertain defense of these types of prenuptial agreements, doing so can end up being very costly. While some people believe that vagueness will help them in the event a divorce occurs, it is important to note that it will likely work against you. There are many technical requirements under Florida law governing prenuptial agreements, and for an agreement to be valid it must comply with all requirements that apply to it.