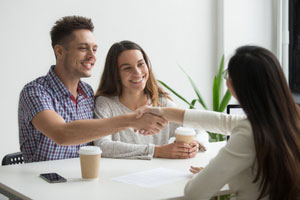 In the past, prenuptial agreements were not commonly used. In fact, they were considered taboo by many. Marriage is about love and romance, after all. How could anyone turn such a major event into a business proposition?

Many couples forget that marriage is a legal entity. It does require a license, after all, and when the couple decides they no longer want to be married, they dissolve it with a divorce—another contract.

Given that the terms of a divorce are governed by state law, it is no wonder that millennials are looking for ways to control the outcome of a possible divorce. Millennials are different from couples who married decades ago. They tend to marry later in life. Back in 1960, the average age of marriage was 20 for women and 22 for men. Today, that age has risen to 27 and 29, respectively.

Because millennials are waiting to say “I do,” they often come into a marriage with assets and debts, unlike couples from decades ago. Some have college loan debt. Some have their own businesses. Perhaps they own houses and other assets. Others even have children from previous relationships.

In order to protect all these interests, many millennials are demanding prenups. Prenuptial agreements are particularly common in homosexual relationships. This is because, in many states, gay marriage was not legal until recently and during that time, many people acquired assets and debts.

Another trend is that women, rather than men, tend to be the ones asking for prenuptial agreements. More and more women have college degrees and are attaining varying degrees of success at earlier ages. Some have good jobs, while others have their own businesses. They may have houses, vehicles, and other assets that they do not necessarily want to part with in the event of a divorce.

Prenups are a great tool because they spell out exactly what will happen in the event of a divorce. They act as marriage insurance, helping couples understand their roles once they settle into marriage. They also help reduce tension as couples navigate their first year as newlyweds.

A prenuptial agreement is limited in that it can not include certain aspects, such as child custody, child support, illegal acts, unfair issues and non-financial stipulations such as setting schedules for sexual relations or prohibiting a person from gaining weight or changing their hair color. However, it can help distribute assets and debts in the event of a divorce to make the process easier and less stressful.

If you are getting hitched in the near future, a prenup may work to your advantage. Read on to learn more about the benefits of such an agreement, as well as details about the process.

Benefits of a Prenuptial Agreement

A prenuptial agreement is beneficial because it protects the assets that a person brings into a marriage. Instead of automatically having to divide their assets under state law, a couple can decide for themselves if an asset should be considered separate or community property. A prenup can also clarify matters specific to the couple. It can also establish ground rules for future financial matters. For example, it may require that a couple discuss any purchases over $500.

Many millennials have watched their parents divorce and have seen the financial aftermath for themselves. With a prenuptial agreement, a couple can avoid this by setting expectations. A prenup can outline what the couples can expect in a divorce. There are no surprises, which means less legal conflict, less stress, and less money spent.

When to Start the Prenup Process

It is recommended that a couple considering a prenuptial agreement start the process as soon as possible—ideally, at least 90 days before the wedding. The intent is to get the document signed at least 30 days before you say “I do.” The reason for this is because a short timeline often brings about red flags, such as coercion or duress. If the judge believes that a person was forced to sign a prenuptial agreement without enough time to discuss it with a lawyer, the prenup could be deemed invalid and thrown out in court.

Many couples do not think about a prenuptial agreement before they get married, as they are so caught up in all the details of the wedding. They may decide a year or two after the wedding that they wish they had a prenup in place. The good news is that it is not too late at this point. A couple can enter into what is called a postnuptial agreement. This allows a couple to make financial boundaries clear, especially if one person finds out that their partner has different spending habits.

While a prenuptial agreement may not seem like a romantic way to start off a marriage, it can be helpful in the event of a divorce. Divorces do happen in 50% of marriages, so if you are ever in that situation, having a prenup in place can make the process much easier. Contact Palm Beach divorce attorney Scott J. Stadler to learn more about creating a prenuptial agreement based on your marriage goals. With a prenup in place, you can take matters into your own hands after a divorce. Schedule a free consultation by calling (954) 346-6464.