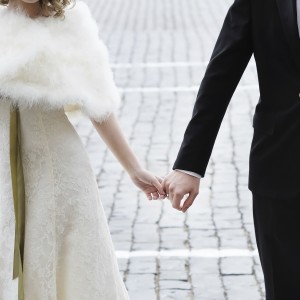 When Michael Douglas and Catherine Zeta-Jones were married in 2000, it was widely reported that they had signed a prenuptial contract that promised her a $5 million “straying fee” if he cheated on her. At the time, such a clause was seen as highly unusual. But since then, these kind of lifestyle clauses – which regulate the behavior of spouses during their marriages – have become surprisingly common.

What Can Be Included in a Lifestyle Clause?

Fidelity is hardly the only issue that comes up in lifestyle clauses. Couples have chosen prenuptial agreements with lifestyle clauses that touch on subjects like the division of chores, personal appearance, and even how often the in-laws can visit.

Wondering how such issues could possibly be included in a prenup? Well, some lifestyle clauses are just promises that one partner makes to the other (as in, “I promise to keep my weight below 200 pounds.”), or promises that both partners make to each other (as in, “We both agree that we won’t put details about our personal lives on Facebook.”) Even if these kinds of promises are broken, it does not mean that the offending partner will be penalized in a divorce settlement.

However, there are some lifestyle clauses that do mention penalties – such as the $5 million “straying fee” in the alleged Douglas/Zeta-Jones prenup. A lifestyle clause can be worded to say that if a partner violates the agreement, he or she will owe the other spouse a financial award. A wife might request a clause stating that her husband will owe her $1,000 for each pound he gains in excess of 200 pounds. Two recovering alcoholics might choose a clause holding that if either partner drinks alcohol, they will owe their partner a penalty of $5,000.

Do Lifestyle Clauses Hold Up in Court?

The short answer is: it depends. When it comes to prenuptial agreements, different states have different standards for what kinds of clauses can be enforced.

The Supreme Court of Florida has held that even an “unreasonable” provision in a prenuptial or postnuptial agreement can be enforced, if both parties freely entered into the agreement. This would suggest that even some of the sillier lifestyle clauses can be ruled valid in Florida.

Other jurisdictions have different policies. An appellate court in California has ruled that infidelity clauses that provide for payment of liquidated damages are unenforceable. The court held that holding a spouse responsible for infidelity in such a manner is inconsistent with California’s no-fault divorce policies.

Are Lifestyle Clauses a Good Idea?

Whether it’s wise to put a lifestyle clause in your prenuptial agreement depends on your reasons for wanting it. Clauses that do not mandate penalties can be a good way to establish the expectations that you and your spouse have for your marriage. On the other hand, asking for such a clause could get you a very negative reaction from your fiancé – and it may not be worth risking that for the sake of a non-binding agreement.

Clauses with penalties can have the effect of discouraging you and/or your spouse from engaging in bad behaviors, such as infidelity. They can also provide compensation to a spouse who feels betrayed. However, depending on the language of the clauses, and your jurisdiction, these clauses may not be enforceable. And trying to prove a violation could make your divorce process even lengthier and more complicated than it otherwise would be.

If you are considering a prenuptial agreement with a lifestyle clause, you should consider speaking to an experienced matrimonial attorney.