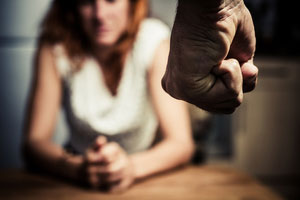 Domestic violence may not seem all that common, but it is actually an epidemic. It is something that happens everywhere, every day. Every year, 1.3 million women are assaulted by their partners. Every day in the United States, at least three women are killed by their boyfriends or husbands. In 2015, there were 107,666 acts of domestic violence in Florida alone.

What is Domestic Violence?

Domestic violence can be physical, verbal, or sexual in nature. The physical aspect of domestic violence may include slapping, hitting, kicking, pushing, punching, hair pulling, strangling, shaking and squeezing. It can also include burning, twisting your arms, or injuring you in some other way. Harming your children or pets is also considered domestic violence.

The emotional aspect of domestic violence may include name calling, stalking, threatening to hurt or kill you, controlling your money, extreme jealousy, possessiveness, withholding medical help, and using certain looks or gestures to control you. While these verbal attacks may not cause physical scars, they can cause significant emotional pain that can last a victim for the rest of his or her life.

Domestic violence can also include sexual assault. This refers to unwanted touching, rape, and other situations in which a person is forced to engage in sexual acts against his or her will. It is important to understand that rape can still happen in a long-term relationship or marriage.

What the Law Says

Under Florida Statutes Section 741.28, domestic violence is a criminal offense that causes the injury or death of a family or household member. This may include assault or battery (whether or not the act is sexual in nature), kidnapping, stalking, and false imprisonment. A family or household member is defined as someone who lives in the same house as another person as a family. This includes spouses, children, those related by blood or marriage, and those who have a child in common, even if they are not and have never been married to each other.

Consequences for Those Convicted of Domestic Violence

If a domestic violence victim feels as though his or her life is in jeopardy, he or she can get a court order called a final injunction for protection. More commonly known as a restraining order, this order restricts the accused’s contact with the victim. It is enforceable in all 50 states, not just in the state in which it was obtained. This order of protection is taken very seriously. A person who violates this order can face serious consequences. The most common form of punishment is jail time, although in aggravated circumstances, a person can face felony charges.

There are other legal consequences involved with having a restraining order out against you. When individuals have a restraining order against them, they are not legally allowed to own firearms or ammunition. If they share a residence with the victim, they may be forced to leave the house. If the accused has any minor children with the victim, any contact may be limited.

If these individuals are not American citizens, their immigration status could be negatively affected. They will likely be deported. A restraining order can also affect employment opportunities. It could prohibit a person from getting a job. If a person is in a position in which he or she must use firearms at work—such as a police officer—then that person could get fired. It could also affect one’s professional license. If the person is planning to go to college or enter the military, a restraining order could prohibit this to some degree.

Effects of Domestic Violence on Victims

The effects of domestic violence can be physical or emotional. When people think of domestic violence, bruises and other marks on the body may come to mind. While these are the common telltale signs of abuse, domestic violence can cause many more subtle effects. Many victims suffer sprains, broken bones, fatigue, shortness of breath, shaking, tense muscles, insomnia, and a lack of appetite. Women have also been known to suffer sexual dysfunction and changes to their menstrual cycles.

In some cases, victims may suffer flashbacks and nightmares of the trauma, which are categorized under Post-Traumatic Stress Disorder. Many also develop anxiety and depression. Some suffer from low self-esteem. Victims may start to abuse drugs and alcohol. Some may also feel suicidal and attempt to kill themselves.

As a victim of domestic violence, it is important to understand that you are not to blame. It is not your fault that these incidents happen. You should not allow it to continue to happen nor should you feel guilty for reporting the incidents and getting a restraining order.

Domestic violence is a serious issue that can lead to major injuries and even death in extreme cases. It has serious consequences for both parties involved. Whether you are the victim or the accused, it is important that you protect yourself by seeking legal help right away.

Do not try to solve a domestic violence issue on your own. This is a dangerous situation that can lead to dire consequences. Get help from Palm Beach domestic violence attorney Scott J. Stadler.  He can help you get a restraining order and advise you of your legal rights. Call his office today at (954) 346-6464 to schedule a consultation.