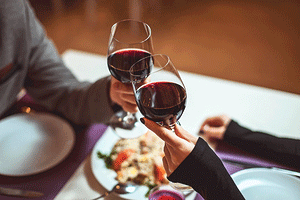 When a marriage deteriorates to the point of divorce, it is an extremely stressful process for everyone involved. Both spouses inevitably face feelings of anger, confusion, and loneliness. When children are involved, these issues are almost always compounded. When partners realize that divorce is inevitable, they commonly react by getting back into the dating scene. While dating during a divorce is not illegal, it may not be the best decision for you or any of the other parties involved. There are a number of different factors that you should consider before deciding whether or not to begin dating during divorce proceedings. Ultimately, choosing whether or not to date during a divorce is a personal decision. However, it is not one that should be made lightly. Make sure to consider the following factors, as well as those specific to your circumstances and the dynamics of the relationships involved in your divorce.

In situations where spouses disagree on any number of aspects related to the divorce, such as the division of assets or custody issues, adding a new relationship can increase animosity between divorcing partners. This may be especially true in situations where one spouse has made the difficult decision to pursue divorce and the other spouse objects. If a new relationship is undertaken, this may decrease the chances of mutually agreeing to the terms of the divorce. Without this mutual agreement, the divorce process can be stretched out longer than necessary while partners act out of spite toward one another. When one partner has been hurt by the other partner, he or she may wish to make that person feel equally as unhappy. Doing so makes it far less likely that parties will agree to divorce terms that are fair and reasonable for all.

While some people may encourage you to get back into the dating scene during your divorce, doing so will likely damage relationships already strained by the divorce process. Dating during the divorce will certainly have a negative impact on your relationship with your soon-to-be ex-spouse. If you and your spouse still need to communicate about certain aspects of the divorce, you may have a much more difficult time doing so if you choose to begin a new relationship. Relationships with shared friends may also be detrimentally affected, as well as those with family members of your spouse.

Most importantly, your relationship with your children may suffer. If you share children with your spouse, regardless of their age, divorce can be extremely confusing and difficult for them. Many children believe that they want nothing more than their parents to be together, and if you begin dating during the divorce your children could see that as a sign that you do not care about their feelings. New relationships can make children even more confused, resulting in increased anger and animosity toward you.

While it is not illegal to date during the divorce, courts do not always look favorably upon people who do. Many courts believe that dating during a divorce shows lack of care for children in cases where children are involved. A court can interpret your decision to date as a lack of care and concern for the impact that doing so has on your children. While courts cannot legally use dating during divorce as a factor in their decisions, it is not unlikely that they will view a spouse that has entered into a new relationship during the divorce in an unfavorable light. Doing so may have a subconscious impact on the court’s final determination with custody and co-parenting plans. When compounded with increased anger and animosity in relationships with children, these factors could decrease your chances at a fair, reasonable custody plan.

While dating during a divorce is not illegal, using marital money for dating purposes could result in a judge determining that an equivalent amount will be given to your spouse. Additionally, if your new relationship involves living together, any award for child support or spousal support may be increased or decreased accordingly. When awarding child or spousal support, a judge considers many different factors. Among those factors is a person’s ability to pay a specific award. If you are living alone and thus solely responsible for all of your financial obligations, a judge will take that into consideration when determining what amount of support to award. However, if you are living with someone else, it is reasonable for the court to infer that you can afford more of a monthly payment in the form of child or spousal support because you would be expected to have more disposable income available. A new relationship can have a negative effect on your financial status.