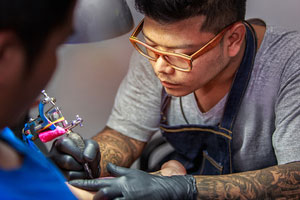 Divorce is a stressful event that roughly half of all marriages go through. Ending a marriage is never easy. There are feelings, assets, and often children involved. Even an amicable divorce can be stressful and expensive.

Divorce is not the end of the world, though. Many divorced people go on to have successful lives. Some go on to get married—and divorced—again. You can move on after your divorce. It takes time and avoiding common mistakes. By doing the wrong things, you can prolong the suffering you will endure. Here are some things you should avoid doing after your divorce.

Do Not Drastically Change Your Body

Many people try to go for a revenge body after a breakup. They dye their hair and lose a bunch of weight. While these changes are fine, avoid doing anything you will later regret. This means avoid getting tattoos and piercings. Wait until you are out of the rebellious stage and then decide if you still want that tattoo.

Do Not Avoid Counseling

Unless you have been divorced multiple times, you do not know what going through a divorce is like. It can be a traumatic experience, unlike anything you have gone through before. Do not try to brave it on your own. Even if you have a solid group of friends and family members who can offer emotional support during this difficult time, you should not overlook the power of a good therapist who can help you with the demons that you now face. You likely have emotional wounds that need to be healed before you can move on and start dating again, and professional help can make a world of difference.

Do Not Vent on Social Media

It is best that you avoid social media for awhile, even after your divorce is finalized. Speaking badly about your ex-spouse on social media is never a good idea. It can even impact custody battles and your divorce in general. While you understandably will have negative feelings toward your ex, it is best to keep them to yourself or vent to a therapist, trusted friend, or family member.

Do Not Avoid Married Friends

Your married friends may not know how to approach you during and after your divorce. They expect you to be extra sensitive about marriage now that you are getting divorced. However, most will want to be there to support you, so do not avoid them. Reach out to them and let them know how you are feeling. If you still want them in your life—which you should—let them know. A divorce can be an awkward situation for them to address, so do it for them.

Do Not Seek Revenge

Since the beginning of time, men and women have gotten back at their exes in a variety of ways, from cleaning the toilet with their toothbrush to gluing various body parts. While going through a divorce can put you in touch with your angry side, do not let it fully emerge. Focusing on how stupid your ex is and how you will get even does nothing to help you move forward. It only prolongs the emotional pain caused by the divorce and keeps you tied to your past. Instead, get over it and move on.

Sure, a divorce can make you feel bad about yourself, but do not let the feelings persist for too long. You may feel like you are doomed because your marriage failed. However, keep in mind that you are not the first person to ever get a divorce and you will not be the last. By calling yourself a failure, you will continue to feel miserable.

Do not let your divorce determine your future. Remember that a marriage involved two parties—you and your ex-spouse. The end of the marriage is not all your fault. You both were involved, so do not put all the blame on yourself.

Do Not Hold Onto Material Possessions

It is likely that many of the things you own—such as jewelry, furniture, and knick knacks—hold some connection to your marriage. Holding onto these possessions can cause you to continually think about the marriage and how it ended. Therefore, you should take the steps to do some “spring cleaning” and downsize your life. By getting rid of the items that defined your marriage, you can get rid of the past and start anew. It can be scary but liberating.

Do Not Start Dating Again So Soon

You should realize what went wrong in your marriage before dating again. You should take some time to think about the kind of person you are looking for and the qualities you desire. You do not want to end up with another person just like your ex. Try to avoid this mistake so you do not marry—and divorce—the wrong man or woman again.

Divorce is a time to reinvent yourself. However, you want to avoid making mistakes that will make your divorce even harder to get over. Do the right things and you will be able to move on quickly and easily.

Ready to divorce and move on? Seek help from Palm Beach divorce attorney Scott J. Stadler. He can advise you on what to do and not do following a breakup. Get the help you need for your divorce by calling (954) 346-6464.