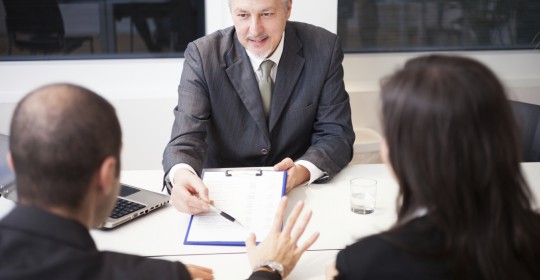 Most people enter into marriages, believing that they truly enter into a relationship that will last until death, or at the very least, until they decide to end it on their own terms. There are times, however, when a marriage might not be valid due to underlying circumstances. In these situations, the marriage will either be declared “void” or “voidable,” and the options left to the former spouses vary depending on the type of marriage they have engaged in.

Like most states, Florida courts have made a distinction between “void” and “voidable” marriages. One way to differentiate between the two is to look at when these marriages are determined void. A void marriage is automatically determined to be void, even without any court intervention. A voidable marriage, on the other hand, generally requires that the parties annul the marriage through court proceedings. Even though a void marriage needs no action in order to be terminated, it is still recommended that parties to a void marriage go through formal procedures to annul the marriage. Some situations that make a marriage void include:

In addition to these, until recently, same sex marriages were also void in Florida.

Temporary Lack of Capacity
Unlike permanent mental incapability, a marriage formed when one party has a temporary lack of capacity can result from a number of causes. The most identifiable example, however, is due to intoxication. This type of marriage is voidable because one party is prevented from knowingly contracting to enter the marriage due to the temporary lack of capacity.

Underage
Unlike the type of void marriage in which both parties are underage, if one party is underage and lacks the consent of his parent or guardian, then the marriage will be a voidable marriage. This seeks to protect minors who may not have the capacity to contract, but also acknowledges that there are circumstances where such marriages might take place.

If you find yourself involved in a voidable marriage, there are generally two acceptable options available to you. The first is to completely exterminate the marital relationship through annulment, while the second option is to rehabilitate and validate the marriage.

Annulment
It is well understood that divorce marks the end of a marriage, and that the life that was once shared between spouses must be divided. Divorce, however, is not the only available option when it comes to terminating the marriage. In some cases, annulment may be a possibility. While a divorce might mark the end of a marriage, an annulment takes things a step further and, under the eyes of the state, exterminates the marital contract. In short, it erases all obligations the former spouses may have had to one another, and completely terminates the marital relationship. While this does eliminate the marital relationship under the eyes of the state, this might not fulfill the requirements of a religious annulment, and parties may need to seek further counsel from religious leaders should they so desire.

Once the issue has been discovered, in order to rehabilitate the marriage, the parties to a marriage must consummate the marriage through consensual intercourse. Courts will generally view this as a willing acceptance by both parties of the issue that made the marriage voidable, and removes the threat of deception and unfairness that generally comes with a voidable marriage. The option of rehabilitation, however, is not available to void marriages.