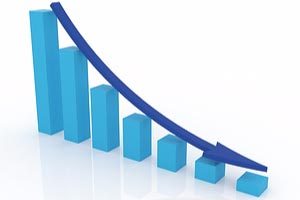 For the third year in a row, divorce rates have declined in the United States according to a recent article from Time Magazine. The country’s 2015 divorce rate saw a nearly 40-year low according to the article, which is based on data collected by Bowling Green State University. In addition, the country’s marriage rate saw a slight increase last year and represents the highest marriage rate since 2009. The new numbers from research into marriage and divorce obviously do not mean much for individuals considering their own divorce, but the reasons behind the rates might provide insight that can be useful for those looking to enter into marriage or those who are considering pursuing divorce.

Before looking at inferences researchers have made to help explain the various numbers, it is important to look at the numbers themselves and see what they represent. The research studied the individual marriage and divorce rates for each state as well as for the United States as a whole. On the marriage side, Bowling Green State University’s National Center for Family and Marriage Research indicates that 2015 saw 32.2 marriages per 1,000 unmarried women that were aged 15 or older. This number represents a 0.3% increase from 2014 when the number of marriages per 1,000 unmarried women aged 15 or older stood at 31.9. According to the National Center for Family and Marriage Research, the country’s peak for marriages occurred in 1970 where there was roughly 77 marriages per 1,000 unmarried women aged 15 and above.

The numbers indicating an increase in the marriage rate may suggest that marriage rates in the United States are beginning to stabilize after decades of decline. In recent decades, many individuals opted to take less traditional avenues in making decisions about marriage and family, sometimes opting to skip formal marriage altogether. While the increase in the country’s marriage rate is not significant to assume that it will continue to increase, it does represent that marriage rates may be at a comfortable point for the foreseeable future and will likely move very little in either direction.

The last item on that list might eventually have even more of an effect on the national marriage and divorce rates. With the recent highly publicized same-sex marriage decision from the United States Supreme Court that legalized it nationwide, more avenues for marriage have been opened up to members of society that may have only had the option of cohabitation, civil unions, or other common law-related partnerships. Even if this demographic provides a long-term boost to marriage rates in the country, researchers still estimate that nearly 50% of all marriages fail and this would seem to apply to same-sex marriages and thus would eventually increase the divorce rate accordingly.

As noted, there are a variety of factors that can influence the marriage and divorce rate across the country. Traditionally, researchers seem to believe that younger generations are waiting longer to marry if they choose to pursue traditional marriages. This helps disperse the marriage rate over a number of years as opposed to many members of the same generation getting married in the same year, which may indicate why the marriage rate has finally seemed to stabilize and cease further declining. Additionally, waiting for an age where something like money is less of an issue in marriage can also help account for the decrease in divorce rate. Money is one of the most commonly cited reasons for couples to divorce, and waiting until a point in one’s life where independent financial stability is more attainable can help partners depends less on the financial support of their spouse and have less to fight about regarding money in the long run.

As money is an important issue in marriage, and taking into consideration that the economy has grown steadily over the past several years, increased financial ability and stability may also account for the decrease in divorce rates. The Time Magazine article notes that individuals that are well-educated who tend to have more stable income usually see less divorce than individuals who are less well-off financially. The research indicated that Washington, D.C. had the highest divorce rate in 2015 and was the only state or region to appear in one of the top five slots over both of the last two years, with Hawaii’s divorce rate being the lowest. Utah and Alaska saw the highest number of marriages, perhaps due to their strong conservative and religious ties, whereas Rhode Island’s marriage rate was the lowest in the country last year.

Divorce is an individual decision and process. Statistics and figures should not determine whether or not you make a determination to pursue divorce or stay in a marriage. Only you have the personal knowledge and experience necessary to make such a difficult decision. If you find yourself considering divorce, contact Scott J. Stadler to schedule a consultation where you can find out more about the Florida divorce process as well as how it might impact you.