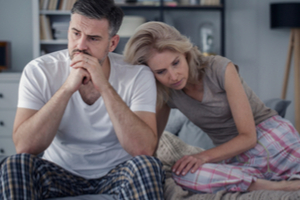 Most of us are well aware that nearly half of all marriages end in divorce. In the United States, there are more than 800,000 divorces every year. Contrary to popular belief, marriage is not a fairytale. Happily ever after does not exist unless both parties commit to hard work.

Why do marriages break down? There are many reasons why a marriage can fail. Some marriages may have multiple issues. Sometimes these marriages can be fixed; in some cases, they are beyond repair.

Read on to learn about the top causes of divorce in American marriages. Some of these may be surprising. Others are not shocking at all. If you want to keep your marriage going strong, avoid these marriage busters.

Getting Married for the Wrong Reasons

Couples are supposed to get married because they love each other. When they marry for money or because they are pregnant, want to move out of the house, desire a companion, or some other reason that does not involve love, the marriage is destined to fail.

Marriage is a partnership, and that means communicating with the other party. You and your spouse should be able to comfortably talk about each other’s day, hopes, dreams, and other aspects of daily life. If you and your spouse are always fighting or go for days without speaking to each other, the marriage will likely soon break down. This leads to tension, and nobody wants to be in a relationship that is uncomfortable.

After the honeymoon phase, couples tend to grow apart. They develop their own interests. They work too much. They may spend too much time with friends. Some couples have kids and they end up too involved in their roles as parents to think about being husband and wife. As a result, the couple spends less and less time together. Eventually, they become strangers to each other. They become lost in the confines of marriage and may forget why they even married in the first place.

While growing apart is not healthy for a marriage, being codependent is also not recommended. Each spouse should have his or her own identity. They should have their own interests, dreams, and ways of expressing themselves. If they cannot think for themselves or do not feel comfortable doing anything on their own, they are codependent on the other person and this can lead to both people drowning in the relationship.

Physical intimacy helps keep a marriage alive because without it, a couple becomes mmore like roommates. Couples need to keep the spark alive with sex, hand holding, and other intimate touching. Without these gestures, a person may not even feel as though he or she is married. Couples tend to feel unappreciated and they sometimes look for love elsewhere.

A lack of intimacy can lead to bigger problems, such as infidelity. When a person is not getting his or her sexual needs met inside the marriage, that person may venture outside the marriage and cheat. Infidelity is a huge issue because it stems from a lack of loyalty and trust. Very few marriages survive infidelity.

It is important for couples to do things together, whether that means going to the movies, engaging in sports, traveling, eating out, or attending parties or concerts. If a couple has nothing to bond over and just cannot stand to do anything together, then the marriage is going to get dull and boring very quickly.

Finances are a common theme in the demise of marriages. In fact, many people seek counseling to help with money issues. When money is tight and the bills are not getting paid on time, this can lead to extreme stress among couples. The same happens when one person is a saver and another is spender. This financial incompatibility can lead to extreme conflict and it can escalate to a point at which the marriage can no longer function.

It can be hard to stay in a marriage in which alcohol or drugs use is prominent. If your spouse is constantly hanging out in bars, drinking with friends, or using drugs, it is not going to bode well for the marriage. This is especially true if the spouse refuses to get help. Dealing with an addiction is stressful and will often end in divorce after the “final straw.”

Marriage is not for the faint of heart. Marriages require a lot of work from both parties. When one or both parties fail to communicate or spend time together, the marriage can break down. While counseling can help in some cases, many couples choose to move on and file for divorce.

If you are ending your marriage in Florida, seek legal help to understand your options. There are many elements involved in a divorce, such as asset division, child support, child custody, alimony, and taxes. Palm Beach divorce attorney Scott J. Stadler can help you navigate through the divorce process. To schedule a consultation, call his office today at (954) 346-6464.