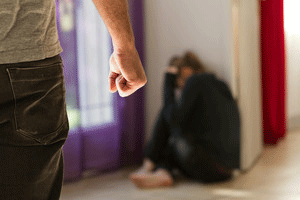 It is no surprise that a divorce can be an emotionally charged matter. Not only must people deal with putting an end to a former relationship, but also, they will likely be faced with a number of other stresses, including beginning a new life apart from the other spouse and possibly creating a co-parenting plan. In these situations, anybody would feel stressed out, angry, and even confused. However, not all relationships are good, and in some cases, there may be incidents of domestic violence. While no person should have to be a victim at the hands of a significant other, the fact of the matter is that domestic violence still happens. While there are ways to bring domestic violence charges in a divorce case, doing so can be a complicated matter.

Interestingly enough, while there are no limits to qualifying restraints on individuals who have a child in common, for any other type of relationship, in order to be considered a family or household member, the individual or individuals must either be currently living together or must have lived together in the past. This means that there is no requirement for a parent with a child in common to live with either the child or the other parent if a charge of domestic violence is to be brought.

Domestic Violence In Relation To A Divorce Case

Even though Florida is a no-fault divorce jurisdiction, there are ways that domestic violence can be factored into divorce proceedings. Under Florida Statute 61.075, courts will presume that a division of all marital property should be an equal one. While this means that courts will generally provide for a 50/50 split of marital property, courts will consider an unequal split if there is sufficient justification. Such factors include, but are not limited to:

While the statute does not explicitly mention domestic violence as a factor, acts of domestic violence can still have an effect on the outcome of the case. This is because the court will also look at any other factor necessary to do equity and justice between the parties.

While domestic violence might not play a major role in the property division aspect of a divorce, it can play a much larger role if there is a minor child involved. In any child custody case, the primary concern is the best interests of the child, not equity or fairness for the parents. As such, parties are allowed to introduce acts of domestic violence in order to show that an individual could cause some detriment to the child.

Not only may individuals introduce evidence of domestic violence, but also, doing so would create a presumption against shared parental responsibility and timesharing. While it is possible to rebut the presumption against shared parental responsibility and timesharing, if a parent fails to do so, then he or she may be at risk of losing all parental rights. In addition, while a parent might lose parental rights because of domestic violence charges, any child support obligations they would have would still be in place.

While a charge of domestic violence is a serious thing and can have a huge effect on a person’s life, there are times when people may be falsely accused of engaging in abusive behavior. It is important to remember that in cases where one spouse is falsely accusing another of committing acts of domestic violence, the most damaging thing that can be done is to not fight against such charges. This is because a charge of domestic violence will not only affect your life within the divorce case, but can also have a long-reaching effect on a person’s life beyond the divorce case. If convicted of domestic violence, you could even face some jail time as a result. As a result, it is important to work with a dedicated, experienced attorney when dealing with such matters.