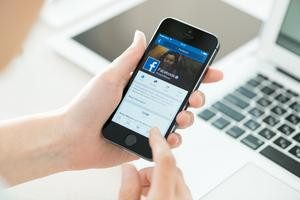 When looking to the changes in life over the past twenty years, one of the biggest is that of the involvement in technology in daily life. In today’s day and age, it is difficult to find someone who does not use some form of social media, whether it is Facebook, Twitter, Instagram, or one of the many other social media services. In many cases, individuals might have accounts with more than one service, and may even have multiple accounts within the same service, such as a business account and a personal account. In using these social media services, however, people provide a wide range of information about themselves, including photos and personal status updates. Such matters, however, can only become more complex when it comes to divorce, since there is a wide opportunity to abuse such services after the divorce. While the courts are unlikely to force individuals to take specific actions with their social media services, parties can agree to take, or refrain from, certain actions in order to ensure a smooth transition into divorce.

It is no secret that divorce can affect every aspect of a person’s life. From a person’s finances to his or her social circle, there is nothing that is free from the effects of divorce, even if they may not be brought up in court. In Florida, courts will aim to provide each party with an equal split of any marital property, absent any justification for an unequal distribution of property. While many people associate property with physical items, such as a marital home, furniture, or even automobiles, it is a well recognized fact that non-physical property can be divided as well. Examples of non-physical property can include bank accounts, marital debts, and social media accounts. As such, if a divorce goes to court without a separation agreement, it will be up to the court to divide the social media accounts and information between the spouses.

Understandably, this is not an ideal situation for either party, since they might lose out on access to some information, while gaining access to information or accounts they do not particularly care for. While determining which parts of a social media account belong to which person can be a tricky thing, especially since an individual may hold multiple accounts with multiple services, it is possible for parties to include clauses within a separation agreement to help the court divide up accounts. While it does not take much to get social media accounts mixed up in divorce, the purpose of a social media clause is to separate such accounts from the divorce or the previous marriage.

What to Include in Your Social Media Clause

As with any other family matter, a social media clause will include many things people might not have otherwise thought about, and can include things that the court might not be able to do on its own. One of the first things to include in the social media clause is a description of any accounts and services owned by both or either party and how those accounts will be divided. If there is a shared business account, then it is possible for the parties to agree to share that account if they so desire. It is even possible for parties to agree to share previously posted information with a spouse that does not have access to that account. This can be particularly important if the parties to a divorce regularly post photographs or documents on their social media accounts, but do not share them publicly, and can carry even more weight if the photos are of a shared child.

It is no surprise that emotions can run high during, and long after a divorce. In such cases, parties may be tempted to post negative or disparaging information about the other party, which can include embarrassing photographs, inappropriate stories, or even accusations of wrongful behavior. While a spouse may not care what the other spouse says, such action can have a large effect on that spouse’s life. Posting negative or degrading information can deteriorate relationships between friends or family, and can even impair employment opportunities. As such, parties to a divorce may choose to include a clearly worded clause stating that both parties agree to refrain from posting negative or degrading comments or information about one another.

Other Ways to Protect Yourself

Even though individuals involved in divorce may be dividing up their lives, there is no guarantee that either party will not use what they know against the other. In many marriages, it is not uncommon for parties to share information such as passwords, screen names, and even maintain shared accounts, especially if they are business accounts. One of the first things you can do to protect yourself is to change passwords to any personal accounts in order to protect your information.

Another thing that might cause problems later on in life is what happens to your accounts after you die. While many services will refrain from providing personal information to family of deceased account holders, other services, such as Facebook, allow the account holder to provide a “legacy contact” that will allow that individual to have access to the account of the deceased. In many cases, a person might list their spouse as their legacy contact, but after a divorce, it is important to update any contact information to keep the ex-spouse from obtaining any unnecessary information.