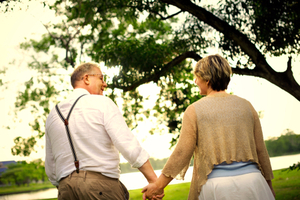 We all hope that we will get married and live happily ever after. Unfortunately, marriage is not that simple. Couples argue. Some grow apart. Some spouses are bad with finances. Some develop addictions. These problems often lead to divorce.

Given these somber statistics, it is no wonder divorced people are not always excited about saying “I do” again. Divorce can be emotionally and financially devastating. Who wants to go through that again?

Not every marriage will end in divorce. Your second, third, or fourth marriage could end up being a success. You just have to avoid making the same mistakes you did with your previous marriage.

While falling in love post-divorce can be scary, it can also be fun and fulfilling. A divorce offers you a fresh start into the dating world, and a new love could be the breath of fresh air you did not even know you needed.

Why do Subsequent Marriages Tend to Fail?

Subsequent marriages tend to fail for several reasons. The risk of a second or subsequent divorce is high because people are remarrying when they should not. They are feeling vulnerable after a divorce. They have not taken the time to fully understand what went wrong in their marriage. They are on the rebound and have not gotten their priorities straight. Because of this, they make the same mistakes again.

With second and third marriages, some people do not try as hard. They figure that if they have survived one divorce, they can certainly survive another. This is not fair to the other spouse. Marriages are hard work and both parties should put in 100% effort at all times.

Another plausible reason why subsequent marriages are not as strong is because there often are no children involved. Children tend to keep a marriage together. When a person remarries and is done having children, he or she and his or her spouse have nothing binding the marriage together. There is no longer a sense of family that younger couples have. Therefore, the stakes are low. Leaving a marriage is not as risky, as there are no child support or custody issues with which to contend.

Why You Should Consider Remarriage

While looking for a new husband or wife the day you finalize your divorce is probably not the best idea, there is no reason why you should not consider marriage again down the road when you are emotionally ready. There is no reason to avoid it because you have heard horror stories from friends and family members. Each marriage is different and you could be missing out on a wonderful, fulfilling marriage by not being open to new experiences.

Remember, if at first you do not succeed, try again. As you get older, things change. People change. You may have married when you were young and naive. Things get better as you mature. You made mistakes and learned from them. Maybe you know yourself better and have a good idea of what you are looking for in a relationship. Marriage is a combination of being the right person and being with the right person.

Many people get remarried because it feels right. It can be sad being lonely. When you get married, you have a partner supporting you every step of the way. You have a reason to come home after a long day of work. You have someone to talk to and share your ideas and feelings with. You have someone to do things with. You never have to be alone again. Everything is built in when you get married, and this can be comforting to a lot of people.

How to Make Your Second Marriage Successful

There are some ways to make your second marriage last until death do you part. If you have concerns about assets and children from another marriage, consider a prenuptial agreement. Such a document is legally binding and will outline what will happen should the marriage end in divorce.

Avoid comparing your new spouse to your ex. Let go of all the anger you have from your previous marriage and take this opportunity to start anew. Constantly bringing up your ex-spouse can make your subsequent marriage toxic.

If children are involved, understand your role as step-parent. Many divorces in subsequent marriages occur because of marital strife involving blended families. Be supportive and patient.

Be realistic. No marriage is perfect. You are bound to argue from time to time. However, most of these problems can be resolved. The key is open and honest communication.

After a divorce, you may be ready for love again, but you do not want to make the same mistakes. Since you may have children and assets from a previous marriage that you do not want to part with, having some sort of legal document in place—such as a prenuptial agreement—can help alleviate the stress of getting married and worrying about another possible divorce.

Getting married again? Palm Beach divorce attorney Scott J. Stadler can help you understand your options so you are prepared. To learn more, contact his office at (954) 346-6464.