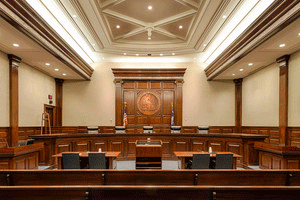 It should come as no surprise that divorce can be a complex matter. While most people are aware that divorce proceedings can continue on longer than expected, there are also situations in which parties to divorce might need to go back to court after the divorce has been finalized. While not every case might need to address additional issues after the end of the divorce, it is good to be aware of anything that might extend your divorce case beyond the date of judgment. In any event, one of the most common reasons to go back to court after divorce would be to modify some part of the divorce decree after it has been finalized.

Reasons to go Back to Court

Typically in family law cases, certain aspects of a final order can be modified after it is made. Generally, however, modification to family law orders can only be made if there is a material change in circumstances. This means that there must be a good reason, such as unintentional loss of employment, in order to change a final order. In addition, individuals who attempt to manipulate the court order by misrepresenting their status to the court may face a charge of contempt within the court and may suffer stringent penalties.

Parties to a divorce case may also wind up back in court if another party refuses to cooperate with an order. This can cause a number of issues for a party, especially if they are relying on the other party’s cooperation in order to spend time with any minor children. While these are just two reasons why you might need to go back to court after a divorce, the impact of modification or noncompliance can reach far beyond simply the order for divorce.

One of the most typical forms of noncompliance within a divorce case would be for spousal support, or alimony. In Florida, there are at least five different types of alimony, which range all the way from temporary to permanent. While most people think that courts apply a rigid interpretation of the law, in some cases, the court is willing to be understanding of personal matters. Even though an individual’s failure to provide support is no light matter, courts are willing to consider the facts in a case,and to modify an order for the purpose of justice and equity.

For example, if an individual who was paying a large amount of money in alimony to the other party to divorce, and that individual loses her job, then she could petition the court to modify the order. If, however, the court finds that she willingly reduced her earning capacity by voluntarily quitting her job, or by any other means, then the court will likely hold her responsible for the full amount of alimony based on what she should be earning absent any attempt to skirt alimony payments. Similarly, if an individual is unable to make payment, the court will likely ask the non-payer to show why he has failed to continue making payments.

While spousal support is focused on the parties to a divorce, child custody, as with most other child-related matters in court, is focused on the best interests of the child. In a Florida custody case, courts will typically provide an equal division of parental responsibilities between parents. In addition, absent any support to decide otherwise, parents will also be provided with an equal timesharing schedule. While doing so can be in the best interests of the child, it does not change the fact that life happens, and that situations can change. Because of this, courts will generally make modifications to the parenting plan or time-sharing plan, as long as there is good cause to do so. For example, if a child is having a hard time adjusting to life with only one parent, or if a parent is required to move far away for work purposes, then parents might be able to modify the parental responsibilities and time-sharing plan in order to better meet the best interests of the child. In addition, if a spouse fails to pay child support or refuses to allow the other parent to spend time with or communicate with the minor child, then the aggrieved party may go before the court in order to enforce the custody order. Similarly, if a parent becomes unstable or puts the child at risk of harm, then courts may restrict that parent’s parental responsibilities and time-sharing schedule.

Finally, there is the matter of property. In any divorce case, courts must consider how to divide up marital property. In some cases, however, parties may be asked to share responsibility for some types of property, such as debts. If a party to divorce fails to pay his or her fair share of the debt, then the other party may go before the court to compel compliance. In addition, if it is revealed to the court that one of the parties has concealed assets, such as hidden earnings or monetary gains, then courts may need to reconsider property division in light of the new circumstances. Typically, if hidden assets are discovered in a divorce case, courts will tend to divide the property in favor of the non-offending spouse.

Naturally, there are a number of ways individuals can be effected by a divorce case, both in and out of court. Unfortunately, just because a final order has been issued, does not mean that your involvement in the court is finished.