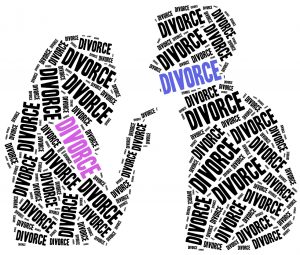 When is a Protective Order Necessary?

In the State of Florida, domestic violence is defined under Florida Statute 741.28, and can contain a multitude of actions, including:

It is very important to remember that, while a protective order allows the court to impose sanctions upon an individual in violation of that order, at the end of the day, it is still just a piece of paper. Individuals who have obtained a protective order from the court must still remember to be aware of their surroundings and to take the appropriate measures to protect not only themselves, but also their loved ones. While a protective order can provide temporary protection from an individual, it can also have an effect on any subsequent divorce or child custody cases that may arise.

When it comes to custody determinations, regardless of the surrounding circumstances, the court will always be concerned with the best interests of the child. Much like in divorce, while incidents of domestic violence will not be the sole factor that decides the outcome of a custody hearing, it is one of many factors that can have an effect on the court’s decision. Incidents of domestic violence, however, might not only have an effect on the abusive parent. In some cases, if a parent fails to shield a child from such divorce, then that failure to act may factor into future custody matters.

How to Get a Protective Order

Typically, a court will review a petition for a protective order relatively quickly. This initial review, however, is not generally a place for both parties to have a say in the matter. During this first review, the court will look to the petitioner’s side of the facts, and will make a determination on whether a temporary protective order or any other injunctive order will be granted. If an injunctive order is granted, the order will then be served upon the respondent, typically by the sheriff. If the respondent is living in the same place as the petitioner, then the respondent will usually be given some time to remove any personal effects. After the respondent has removed personal effects, or if the respondent already resides in a different place, then the respondent will no longer be able to come into contact with the petitioner. This includes through third parties, such as friends or family members, by mail, by phone, and by electronic communication, such as text or email.

After the court has performed an initial review, a return-hearing will generally be scheduled around two weeks after the initial review. At the return-hearing, the court will take into account evidence from both the petitioner and respondent in order to make a determination on whether to grant a protection order.

While the process for a protection order can seem simple, as seen above, it can have a large effect on a person’s life.