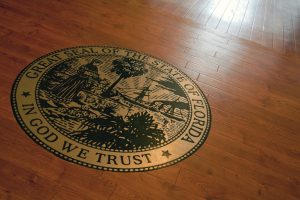 Divorce is a tough enough matter without having to involve children or child custody. While dividing up property and setting out alimony payments can be contentious topics, they generally pale in comparison to the matter of child custody. While Florida law does not officially recognize the concept of custody when it comes to children in a divorce, they do use a similar term known as time-sharing. When determining the time-sharing schedule between parents, the court, or the parents involved, will decide how much time a parent will spend with a child. While courts are generally in favor of an equal time-sharing schedule, under the new proposed legislation, there may be less choice in the matter. In addition, the new legislation brings changes to the laws regulating alimony.

In most jurisdictions, the matter of who gets to spend time with the child, and how much, is referred to as child custody. This is typically divided into two forms of custody – physical custody and legal custody. Physical custody allows a parent to spend a specific amount of time with the child, whereas legal custody allows the parent to make decisions that affect the child’s life, such as which school they go to and what medical treatment they will receive. In Florida, however, the laws refer to time-sharing and parental responsibility. While these terms are different, they are similar in application. Time-sharing essentially refers to how much time a parent will spend with the child under the parenting plan that is set out by either the court or the parents. Above all else, however, the decision of time-sharing is based on the best interests of the child.

While the court is seeking to divide the time between parents, it is the public policy of Florida that each minor child has frequent and continuing contact with each parent after the divorce or separation of the parents. While this is the general aim of courts in Florida, the law also acknowledges that there are situations in which spending an equal amount of time with each parent may not be in the best interests of the child. Under these situations, courts may provide one parent with a greater time-sharing responsibility than another.

The matter of alimony concerns support payments made by one spouse to another. Typically, these payments will be temporary in nature and will be based on a number of factors such as the earning capabilities of both parties and the length of the marriage. Currently, there are five forms of alimony recognized in Florida, which include:

While the laws regarding time-sharing and alimony can seem extensive, there are always changes that can be made.

Under the bill, SB 250, which will be considered during the 2016 Senate session, there are several proposed changes to the laws regarding child custody and alimony. While this bill does propose changes, there is no certainty that this bill will be passed.

How Florida courts deal with time-sharing matters is not the only change proposed by the new bill. One of the biggest changes proposed involves a complete reworking of the alimony system. Under the new bill, courts would base alimony awards not on specific needs of the parties, but on the length of the marriage. Courts would consider a number of factors, including the financial resources of the payor and recipient of spousal support, but the overall result is a simplified alimony system.