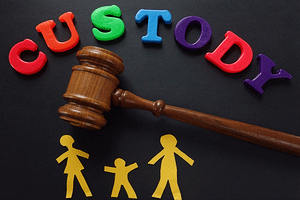 Florida courts, like many – if not all – other states, make decisions about child custody based on the best interests of the child. However, Florida does recognize the presumption that a child’s best interests are served when the child maintains a relationship with both parents. A new piece of proposed legislation could change the way custody is handled in Florida. Under current Florida law, found in Florida Statute §61.13, no one parent begins the custody process with a greater right to custody than the other parent. In other words, judges hearing custody disputes are currently able to weigh a number of factors in determining what type of custody arrangement is appropriate in a given situation based on the best interests of the child or children involved. In Florida, the factors used in determining the best interests of the child generally include the following basic categories:

Below, each of these categories is briefly explored in more detail, as is the proposed change in Florida custody law.

Evidence of any physical, emotional, or mental abuse can cause a parent to lose custody in Florida, or to be ordered into a supervised visitation program. Additionally, courts will look at the physical, emotional, and mental health of the individual parents to ensure that each parent is capable of properly caring for a child. Substance abuse, lifestyle choices affecting a child, and even the living arrangements of one of the parents can be seen as detrimental to the healthy development of the child and may cause a judge to rule against shared custody. If a child has a longstanding medical relationship with a medical specialist and one parent has moved a great deal further away from that specialist or is located further from specialized medical care that could be necessary in an emergency, this could also impact a judge’s custody decision depending on the particular circumstances involved. Any one of these factors, or a combination of them, can persuade a Florida judge to override Florida’s general presumption in favor of shared custody.

Factors in this category can sometimes be different than the previous category. For instance, if a child involved in a custody dispute has specific special needs, the court may award sole custody to the parent it determines is best able to meet such needs. For instance, if a child requires modifications in the home for a specific medical condition, such as ground level access to necessary amenities, a court is not likely to grant custody to a parent that lives on the third story of an apartment building without an elevator. Another situation where these factors could come into play include a parent that has been predominantly responsible for a child’s therapy needs. In such cases, courts may be reluctant to interrupt the child’s routine if one parent has been absent from such programs due to work or other obligations. Schools can also factor into a court’s decision, in that a court is less likely to approve a custody arrangement that would interrupt a child’s education or social development for children that have already adapted to a certain educational or social environment.

Florida courts generally operate under the presumption that the best interests of the child are met when the child can maintain a relationship with both parents. In order for custody agreements to be finalized, parents are required to prepare and submit parenting plans to the court. These plans often detail which days and times each individual parent has access to a child, which parent the child will spend certain holidays with, and the various legal responsibilities each parent will take on as part of the custody agreement. If parents have difficulty adhering to the parenting plan or cannot communicate effectively with each other about important decisions affecting their children’s well-being, then the court may determine one parent is more suited to maintain sole custody of the children involved. Florida courts generally recognize that conflict between co-parents, especially continuous conflict, does not serve a child’s best interests.

While Florida courts do presume that shared custody is in the best interests of the child, they may not award shared custody when one parent has a history of criminal activity, substance abuse, or other poor lifestyle choices. Additionally, if a child has been raised in a religious manner by one parent during the parental relationship, and only that parent is apt to continue such religious activities, the court may consider that in making its custody determination.

While current Florida law does presume that a child’s best interests are met when that child is able to maintain a relationship with both parents, parents in custody disputes must still prove that a custody arrangement that grants equal time to both parents is appropriate. With new proposed legislation, Florida courts would begin the custody discussion at a threshold where time is to be split 50/50 between each parent. Under the new legislation, parents would have the burden of proving why such an arrangement would not be in the best interests of the child.

Opinion on this proposed legislation is mixed. Some believe that this legislation would encourage each parent to maintain a more active role in their child’s life. However, others believe that a general rule that time is to be shared equally between both parents fails to take into account the individual circumstances of each family. There is also concern that attempting to rebut a 50/50 threshold would pit one parent against another in court, and could ultimately involve the need for children to testify in custody matters.

Children are precious, and it is essential that their rights, as well as yours, are maintained throughout the legal process related to child custody. If you are currently contemplating divorce and are worried about how a potential custody arrangement could affect your child, you should speak with a family law attorney that has experience in handling a variety of child custody issues. You should also reach out to a family law attorney with any questions you have regarding current custody arrangements, as well as how this new legislation may affect current custody arrangements. Scott J. Stadler has worked with many clients on child custody issues, and uses those experiences to take a unique approach to each person’s individual case. Contact Scott J. Stadler to schedule a consultation and discuss your concerns over child custody issues.