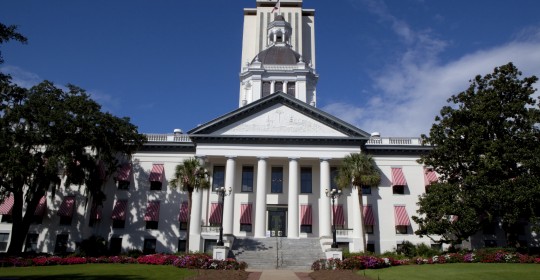 While alimony payments can be a sensitive subject for some people, there is no denying that it has a big effect on divorces. Because alimony is regulated by state law, the requirements and effects of alimony can vary from jurisdiction to jurisdiction. Recently, there was an attempt to reform alimony in Florida to change the law concerning alimony, under House Bill 943 (HB-943), which ultimately failed to pass the Senate. In order to better understand the proposed changes, it is best to look first at the current law.

Most people might have some familiarity with alimony payments in some form or another. An alimony payment is any type of spousal support payment that meets some need of the receiving party. Alimony payments can range from temporary to permanent, and can terminate upon, or be granted for, a variety of reasons. Currently, Florida law recognizes five forms of alimony payment. Interestingly enough, a party that receives alimony is not limited to only one form of alimony, and may receive any combination of the following forms of alimony.

Temporary Alimony
Unlike more of the commonly known forms of alimony, temporary alimony, which is also known as alimony pendente lite, provides support for a spouse during the divorce proceedings. While there are several different types of temporary alimony, this form is unique in that it terminates immediately upon receiving a final judgment, as opposed to starting with the final judgment. This can be beneficial to a low-earning spouse, especially in the face of prolonged divorce proceedings.

Bridge-The-Gap Alimony
Naturally, the transition from the married life to the single life can be jarring for all parties involved. If one spouse is the primary wage earner, however, the non-wage earner might have more difficulty transitioning to single life. This is where bridge-the-gap alimony provides assistance.

Bridge-the-gap alimony is a temporary form of alimony that begins as soon as the divorce is finalized. This type of alimony, however, is awarded to assist with identifiable, short-term needs, such as living expenses during the sale of a house. In addition, bridge-the-gap alimony is limited by the Florida statute to under 2 years, and will terminate upon the death or remarriage of the spouse. Finally, while other forms of alimony may be modified, bridge-the-gap is unique in that it may not be modified for any reason or purpose.

Rehabilitative Alimony
While it can be tough to get back into the job market after being absent for even a brief period of time, the Florida legislature allows spouses to obtain alimony for the specific purpose of retraining or education. Under rehabilitative alimony, a spouse receives temporary support to establish the capacity to support himself or herself through either:

Durational Alimony
If the court finds that permanent alimony would be inappropriate, then it would grant durational alimony. Specifically, the purpose of this form of alimony is to provide economic assistance to a party for a set period of time. While the court does have discretion in awarding the alimony, it may not award alimony that lasts longer than the existence of the marriage.

In addition, while the amount of alimony may be modified after the award is made, the length of time the alimony is to be paid cannot be modified, absent exceptional circumstances. Durational alimony also terminates upon reaching the prescribed time limit, through the death of a spouse, or through the remarrying of the supported spouse.

Permanent Alimony
The final alimony category is permanent alimony. The purpose of permanent alimony is to allow a spouse to meet the needs and necessities of life as they were established during the marriage, when that party lacks the financial ability to do so. While this form of alimony has no fixed end date, it does terminate upon the death of a spouse, or upon the remarriage of the supported party.

You may have heard about the recent attempt, and failure, to reform alimony in Florida, through HB-943.

One of the biggest effects of HB-943 would have been the elimination of permanent alimony, which proponents asserted would provide some consistency in awards of alimony. This, however, is not all the bill proposed to do. In addition to eliminating permanent alimony, HB-943 would also replace bridge-the-gap alimony, rehabilitative alimony, and determinative alimony, with a more structured form of alimony calculation based on the years of marriage. While this would organize the alimony awards and make awards more predictable, it would also allow courts to consider certain factors when determining the length and amount of alimony payments. Even though this bill was ultimately unsuccessful, it is likely that there will be later attempts to reform the laws regarding alimony in Florida.