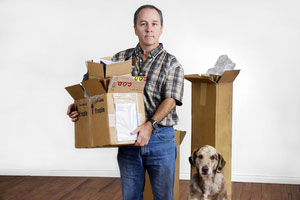 In a Florida divorce, parents are awarded custody of their children, along with schedules for visitation and timesharing. However, there are no such allowances made for pet owners in a divorce. Under state law, pets are treated as an asset and are subject to equitable distribution. This means that one party gets to keep the dog or cat, and that is that.

There are no laws in place allowing for joint custody or visitation. There are no guidelines for keeping the best interests of the pet in mind. There are no laws allowing for pets to be treated like children. This can be upsetting for a couple who considers their dogs and cats as much more than mere pets. To many couples, their pets are a part of their family. How can a judge decide that they can not see their family anymore?

Pet custody cases have actually decreased in the past few years, as couples are coming to agreements outside of court. What if you can not get your ex-spouse to agree on pet ownership after a divorce?

Judges in Florida do have the ability to award joint ownership of a pet. However, they do not have to. There are no provisions that allow for a judge to properly distribute pets. Some judges are not pet owners or pet lovers themselves, so they may not be aware of the special love that people have for their animals.This is especially true for couples who have no children and share responsibility for a dog or other pet that they dearly love.

How Many Pets are in the United States?

Most households in the United States own pets. In 2017, 68% of American households had at least one pet. The most popular pet was freshwater fish, with 139.3 million owned by households in the country. The second most popular pet was cats, with 94.2 million. Dogs came in third place, at 89.7 million. More than 20 million birds were found in U.S households, followed by saltwater fish (18.8 million), small animals (14 million), reptiles (9.4 million) and horses (7.6 million).

Given the number of households that have pets, there are likely many divorces that involve some sort of pet. Therefore, to make divorces less stressful and more amicable, it would be in each state’s best interests to develop laws that take pets into consideration. Many pet owners consider their dogs, cats, and birds as family and would be extremely upset if they had to given them up in a  divorce.

What are the Laws in Other States?

Alaska showed that it is pet-friendly by passing a law that allows the courts to consider the animal’s best interests in divorce cases. The law even allows for joint custody, just like it would for children. In fact, the law allows judges to treat pets like children, meaning that if the couple can not agree on a custody agreement or visitation schedule, then the judge can make decisions using objective criteria.

The criteria is based on factors such as who has had the most responsibility over the pet, who has spent more time with the pet and who is better-equipped to handle the pet, both emotionally and financially. The judge can then determine sole or joint custody, create timesharing schedules and even order the other party to share in the pet’s expenses.

The laws do not apply to divorces only. Alaska also has considerations for pets in domestic violence cases. Pets are included in protection orders, meaning that the abuser can not go near the pets for any reason. The pets are offered as much protection as the human victims, which can be a source of comfort. The owners of pets seized for neglect or cruelty are also ordered to pay for their care.

Illinois passed a similar law at the beginning of the year. On January 1, 2018, a law was passed in the state allowing judges to consider the well-being of pets in divorce cases. Couples can ask for sole or joint ownership of their pets, just like they can for their human children. Instead of dividing pets just like any other assets, judges can take the best interest of the pet into consideration. State law can help give the judge guidance on how to deal with a pet custody case. The law applies to pets acquired during marriage, not service animals.

California is a third state that will soon have laws that treat pets as family members. In 2019, under Assembly Bill 2274, pets will be taken into consideration in divorces. They will be treated similar to children, in which a person can ask for sole or joint ownership of a pet. A person can also request to care for the pet prior to the divorce becoming final.

While many pet owners treat Fido and Fluffy as their kids, the laws in Florida do not think the same way. In Florida and most other states, pets are subject to equitable distribution, just like any other asset. This can be frustrating for a couple who dearly loves their pet and does not want to be separated from it.

If you are concerned about the care of your dog, cat, bird or other pet after a divorce, contact Palm Beach divorce attorney Scott J. Stadler to learn more about your legal rights. He can help you get the best outcome possible so you can continue being a pet parent. Call (954) 346-6464 to schedule a consultation today.