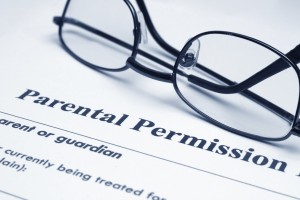 It is generally accepted that every parent deserves to spend time with his or her child, as long as it is in the best interests of the child to do so. While there may be situations in which it may not be in the child’s best interest to spend prolonged time with a parent, as long as both parents are conducting themselves in a manner that benefits the child, then they should not be prevented from spending time with their child by the court. Unfortunately, there are cases in which a parent is unjustly prevented from spending time with his or her child in spite of the evidence.

In Florida, as in most other states, the rights and duties of a parent can be divided between parents upon divorce. While the majority of states refer to these issues as physical custody and legal custody, Florida law refers to these issues under different terms, which are time-sharing and parental responsibility. In the absence of a parenting plan that has been agreed upon outside of court, courts will determine the time-sharing schedule of parents seeking custody of a child, and the parental responsibilities that the parents will have. In many cases, the court will award sufficient time with both parents, but as with most other legal issues, the outcome is highly dependent on the facts.

The rules regulating time-sharing regulation in Florida courts can be found in Florida Statute Section 61.13. While the terms may be different among other jurisdictions, time-sharing and parental responsibility cover aspects of custody that can be found in the majority of jurisdictions. Time-sharing refers to the amount of time a parent is scheduled to spend with the child. On the other hand, parental responsibility refers to those responsibilities a parent may have in raising a child, which can include matters such as providing appropriate health and medical care as well as deciding which school the child will go to. Notably, Florida has a public policy that each minor child has frequent and continuing contact with both parents after divorce. In addition, it is the public policy to encourage parents to share the rights and responsibilities of childrearing. There are, however, situations in which shared parental responsibility and equal time-share may not be warranted.

The Best Interests of the Child

While there will generally be a finding that parental responsibility be shared between the parties, there have been recent cases that highlight issues that may arise through a custody case in Florida.

In a recent case, Perez v. Fay, which was brought before the District Court of Appeals of Florida, Second District, the court was presented with a troubling issue. The primary matter before the court was whether the trial court had erred in reducing a parent’s time-sharing schedule by delegating the scheduling of time-sharing to the time-sharing supervisor.

The parties to the divorce, Paola Perez and Derik Fay, were married in 2003. In 2006 their daughter was born and shortly afterward the parties separated. During the divorce proceedings, the parties entered into a separation agreement that allowed for shared parental responsibility of the daughter. In addition, the parties agreed to a time-sharing schedule that allowed the mother to have custody for four days of the week with the child, as well as primary residential custody, while the father had three days.

Unfortunately, in 2010, the Ms. Perez began to suffer from psychological problems that resulted in her involuntary commitment. Upon learning of this, Mr. Fay filed for an emergency petition seeking primary residential custody of the daughter and to revoke Ms. Perez’s time-sharing. The trial court granted this temporary petition. A week later, after Ms. Perez was released from involuntary commitment, she filed a motion to vacate the prior order.

While the court ultimately denied her petition, it did grant her weekly time-sharing for four hours of supervised visitation per week, along with daily telephone calls. In addition, because Mr. Fay did not speak Ms. Perez’s native language, Spanish, the court also ordered the mother to only speak English with her daughter during the telephone calls.

In late 2012, the court held an evidentiary hearing on an Amended Supplemental Complaint for Modification, which was filed by Mr. Fay. Even though Ms. Perez admitted that she had a series of problems in 2010, she also provided evidence that there had been no further incidents. Unfortunately for Ms. Perez, the court in that case chose to reduce her time-sharing schedule to four hours per month, changed responsibility for paying for the time-sharing supervisor to Ms. Perez, and made the language restriction permanent. In addition, the court affirmed that Mr. Fay should have primary residential custody of the minor child.

The Court of Appeals

While the Court of Appeals ultimately affirmed the trial court’s decision regarding Mr. Fay having primary residential custody over the child, it did rule in favor for Ms. Perez on other issues, namely, that of time-sharing. Acknowledging that the Florida Supreme Court recognized that parents have a constitutionally protected right to a meaningful relationship with his or her child, the court held that the reduction of Ms. Perez’s time-sharing was improper because there was no evidence to support a reduction. In addition, the court found that the trial court delegated its responsibilities to the time-sharing supervisor.