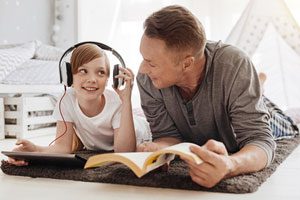 The divorce process in Florida and elsewhere is often extremely difficult for those involved in it. Children are especially vulnerable to many of the pitfalls of divorcing parents. Sometimes during a divorce, heightened emotions can blind people to the needs of others involved in the divorce but who might not have an active role. This includes children. All too often, children can become a pawn in their parents’ divorce and are used as a bargaining chip or to gain leverage. Some individuals might be inclined to go so far as to threaten to withhold joint custody if the other parent does not give into their demands. This can come from a place of concern for a child’s well-being, but it can also come from a place where personal emotions like frustration, hurt, and anger take control of our decision-making. While divorce may ultimately be the right choice for many marriages that are struggling, making sure that both parents continue to have an active role in their children’s lives is an extremely important part of the divorce process. According to a recent article from the Minneapolis StarTribune, new research has reaffirmed the importance of having both parents present in a child’s life after divorce.

For decades, courts often operated on the mistaken assumption that a child’s best interests would be served if the mother of the child in question was awarded full physical custody. For decades, that was often the default ruling surrounding custody in divorce cases across the country. This was not always based on the gender of the parent, but instead was more a result of believing that awarding shared custody could put children in the middle of the messy issues that often accompany divorce. Courts wanted to avoid that and reflexively awarded sole custody to one parent. This did not necessarily mean the other parent would not have time with the children, but it did mean that the decision of whether or not to allow this would often rest in the hands of the parent with sole custody. Increasingly, this became an issue nationwide. It was especially prevalent in situations in which one parent was unwilling or unable to execute child support obligations. Thankfully, there are laws in place that prevent individuals from withholding custody or visitation because of nonpayment of child support as parents are encouraged to pursue other avenues to collect on such obligations.

Over the last 20 years, the trend of awarding full physical custody to the mother has begun to die out. Unfortunately, the article notes that the fact remains that this still occurs in almost 80% of divorce cases involving custody issues. It has been difficult to overcome the perception that a mother is able to provide more consistent stability, but courts are much more willing to recognize that a child’s best interest is served when both parents have access. That means that many of the decisions courts will make surrounding custody will be based on parents’ ability to present a working agreement. Florida courts operate on the presumption that shared custody is best for most children, but even that requires parents to approach custody decisions with the a cooperative mindset.

For a long time, courts have made custody determinations based on the best interests of the child standard. Most states employ this standard in family law cases concerning child custody, though the definition of what is in a child’s best interest can sometimes be fluid. Basically, courts are typically mandated to make custody determinations or other decisions impacting children during a divorce based on how their state defines this standard. Florida has a number of factors that can be and are used in determining the best interests of the child.

The article focuses on new research conducted that examined the results of 44 previous studies on co-parenting and other factors that impact a child’s development during and after divorce. The study of this previous research found that the factor that had the most significant impact on a child’s well-being and eventual success was the quality of the time each parent was able to spend with the child. A child’s ability to move beyond the trauma that divorce can bring often depends on the parent-child relationships they share with each parent, regardless of whether the parents remain married or choose to divorce. The author of the study believes that this requires that all those who have a role in the divorce process – from legislators to courts to attorneys and parents – must work to design and implement programs and approaches that seek to guarantee children are able to spend quality time with both parents whenever possible. Taking proactive actions that help strengthen the parent-child relationship with both parents has been repeatedly shown to help children develop more positively and productively, which has a direct impact on their future success.

What this means is that it is essential for parents to start custody negotiations with the belief that shared custody is best for the children and the most beneficial option. This can involve some tough personal challenges, like putting individual emotions aside. Communication is an extremely important part of successful co-parenting, especially when you are determining what arrangement is best for your family. There are likely many situations in which shared physical custody simply will not work. If one parent decides to move a great distance away, true shared physical custody could be difficult and may actually end up being detrimental. In cases in which one parent is abusive or struggling with any number of issues such as substance abuse or financial instability, shared physical custody could also prove dangerous and difficult.

In the end, only you can truly determine what is best for your children. However, approaching decisions regarding custody armed with the knowledge of what could actually serve the best interests of your child is an important part of making the most well-informed decisions that you can. Working with your attorney can also help you understand the various options that might be available to you when it comes to custody and designing a successful parenting plan. If you are considering divorce or have questions about how custody and co-parenting decisions might affect you and your children, or if you are concerned about your current custody arrangement and want more information about modifying a co-parenting agreement, contact Scott J. Stadler to schedule a consultation and find out more information about what these important decisions might look like for you.