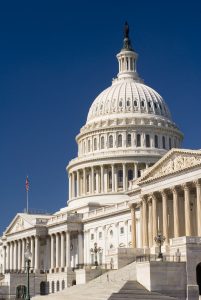 Marital issues have had a large impact on the news over the past few years. From the overturning of the Defense of Marriage Act, to the Supreme Court’s decision defending the constitutional protection of the right to engage in same-sex marriages, a lot of big issues have been decided on a national scale. As most people may tell you, however, most marriages and divorces hinge on the little issues. Matters of marriage and divorce are ultimately determined by the state, both through state law and through state courts. There are some people who are advocating for a national, uniform, divorce law.

Divorce Law in the US

In order to better understand the arguments, it is important to first understand the current state of laws and regulations regarding divorce. Currently, the majority of laws regarding divorce are regulated by the state courts. This allows individual states to cater the outcomes of their divorce cases to their particular state. Laws that affect divorces include property division laws, spousal support laws, laws regulating which factors the court may consider when making a decision, and how much leeway a court might have when making a decision. As a result, divorce law can vary from one state to another, with widely varying results occurring in different states. One of the most notable examples is that of the issue of property division, with some states following a community property standard, in which the courts divide marital property equally between the spouses. In common law states, however, courts have more leeway to make an equitable division of property, based on the facts of the case.

It should be noted that, while each state has its own way of dealing with divorce, should the parties agree to settle their case, then the settlement agreement will prevail, absent any violation of public policy. For example, whereas a spouse can agree to give all marital property to the other spouse in the separation agreement, the parties cannot agree to do something like waive child support payments in the agreement.

Benefits of a National Divorce Law

One of the primary benefits afforded by a national divorce law is stability. As mentioned above, each state is currently responsible for maintaining its own rules and regulations regarding divorce. The application of these rules can change even between counties of the same state, according to the opinion of the judge hearing the case. This can create a great deal of confusion should a married couple chose to get divorced across state lines. Unfortunately, due to the individualistic nature of divorce laws in the U.S., a spouse that benefits in one state could struggle to maintain his or her standard of living in another.

Detriments of a National Divorce Law

Unfortunately, one of the primary obstacles to the benefits of a national divorce law is also one of the primary concerns with the current state law, and that is that the decision is ultimately left to the judge hearing the case. While judges have a great deal of experience in handling cases, they are still human and may still struggle with separating their own personal biases from a decision, especially when a matter is left primarily to the discretion of the judge. For example, in matters of spousal support, it is not uncommon for judges to provide more spousal support for female spouses as opposed to male spouses in similar situations. The problem is, these discrepancies based on judicial bias are still occurring, even when the law is clear and a different outcome would have occurred but for the gender of the spouse seeking support.

While a national divorce law may create a uniform standard across the country, it can do little in the face of judicial bias. The best way to combat judicial bias is to avoid it altogether. Fortunately, there are already options available to provide for an equitable outcome. One of the best things spouses can do in order to obtain an outcome that benefits everyone is to make an out of court separation agreement. Not only will the spouses be able to cater the outcome of the divorce to their particular needs, but also, they can consider far more factors than a court might be able to, including the emotional or personal value of property.