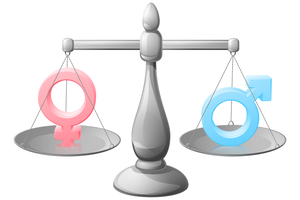 If you have friends or family members who have gone through a divorce, you are likely to hear about how the other spouse fared very well, while the person you are talking to was not so lucky. Usually, it seems as though the woman is the one who gets the better end of the deal.

While many men are quick to say that their ex-wives took everything, including the dog—or that is what many country songs lead you to believe, anyway—the truth is that women often fare worse in a divorce. Men are typically the ones who go on and live their lives as if a divorce never happened.

Many women struggle with the fallout of their divorce years and even decades later. They may have been stay-at-home moms while married, until they were thrown for a loop by a husband who suddenly wanted a divorce. Such a decision can turn a woman’s life upside down. If the woman is unemployed, it can be difficult to find a job, especially one that pays the bills.

Even women who do work during the marriage see their income drop by 20% once they are divorced. Men, on the other hand, experience a 30% increase in income, on average, after a divorce. The poverty rate for women who are separated or divorced is 27%. This is nearly three times the figure of separated men.

These women often have no savings of their own. Many have poor credit or no credit at all, so paying bills and buying necessities can be a struggle. While most women are supposed to receive child support or alimony payments from their ex-husband, they cannot rely on those, either. As such, many women are still dealing with financial and legal issues years after their divorce has been finalized.

Is the difference because of the genders or because of one’s decision to have children? Experts say that it is not because a person is a woman or a man. It is because many marriages involve children, and who often stays home to care for the children? The mother. While there are many marriages in which both spouses work and have the children in daycare, when one person does opt to stay home, that person is usually the woman. This is often because the man has the better-paying job due to gender-based pay disparity.

This leads to an imbalance in finances after a divorce, but so does the actual divorce itself. Ending a marriage is not cheap. Every divorce is different, but depending on the assets and other circumstances involved, a divorce can cost several thousand dollars, or it can even cost six figures. The best way to save money on a divorce is to split amicably, but that is not always possible. If you can negotiate and compromise, you can get away with spending just a few thousand dollars on a divorce. The average, however, can be anywhere from $15,000 to $30,000.

So, how does a woman pay for a divorce? Some have friends and family members who can help out. Some use credit cards. Those who have no financial support may be able to obtain divorce funding. These are high-interest loans that allow a woman to effectively fight her case in court without worrying about finances.

Women should also be aware that when filing for divorce, they are still legally married. Therefore, if their husband is in charge of the finances, they may be able to get him to pay for the divorce. A lawyer can file a motion to ask the other party for retainer fees and other costs and the other spouse’s lawyer will be forced to pay up.

Also, women and men without income can bring their cases before a judge. They can explain their contributions to the household and what work skills they have. A judge will likely force the spouse with money to pay the other spouse a specific amount of money per month so the person has money for living expenses.

Many people are not aware of that. They think they have no options when they file for divorce. Many intentionally avoid court because they are scared or lack knowledge of the process. They think they have to prove something, such as adultery, to get any money from the other spouse. Or they may think that the divorce will drag on longer if they get the courts involved. Because of this, getting help from a lawyer early on in the process is a person’s best bet when considering divorce.

Many people think that delaying the hiring of a lawyer will save them money, but it can actually be costly in the long run. This is because many women get manipulated by their husbands. They may agree to unfavorable terms just to get the process over with and move on with their lives. This is not in their best interest. This is why they need to have knowledge of the law. They need to understand their choices and what options are available to them.

Even in the best of circumstances, divorce is rough for all parties involved. It involves finances, emotions and the law. While some people fare better than others, nobody really wins.

If you are considering divorce, get help as soon as possible from Broward County divorce attorney Scott J. Stadler. He can help you achieve the best outcome possible. He can make the process less stressful. Call (954) 346-6464 to schedule a consultation.