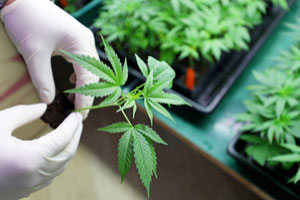 Over the last several years, there has been momentous statewide movements across the country aimed at legalizing marijuana use. While some states have legalized recreational marijuana use, other states – like Florida – are changing the way they address medical marijuana. Recent developments in Florida have seen restrictions on medical marijuana greatly reduced, so much so that medical marijuana dispensaries are poised to start popping up around the state.

While states have slowly changed the way that they view marijuana, the federal government’s stance has been reinvigorated under the new administration. While previous directives more or less told federal prosecutors to leave marijuana-related crimes in the hands of the states, the new administration has given broad discretion to prosecutors on whether to pursue federal marijuana cases. Whether the government will get involved in medical marijuana in Florida has yet to be seen, but that does not mean many people do not have questions about how it could affect them or their spouse during divorce, especially when custody is an issue.

As you can see, many of these factors are subjective. That is why working with an experienced Florida child custody lawyer who understands how to approach custody negotiations is often an important part of the process.

Substance abuse is a major issue in our country today, especially given that the opioid epidemic is in full swing and has affected just about every corner of Florida and the nation as a whole. Substance abuse is an issue that courts take seriously, especially in situations where this type of abuse can lead to negative consequences for children.

In addition to courts not wanting children to witness drug use, courts also look at the effect of drug use on each of the parents. Legal drug use does not escape this. If an individual has a substance abuse problem, or even if an individual is dependent on any medication, whether legal or not, courts will take a close look at the effects these substances have on both the parents and the child. If use of any drug, prescription of otherwise, proves to be debilitating to a parent’s ability to care for a child, or if such use poses a significant risk of danger and/or harm to a child, then courts will take that into consideration.

If you are using medical marijuana, or really any other medication that could impair your abilities as a caretaker, it is important to do so with extreme caution. You should not use these substances in the presence of your children and you should closely monitor the effects that they have on your system so that you can adapt your usage to fulfill important parenting obligations. It is also important to remember that driving while under the influence of marijuana or other prescription medications that impair your ability to drive is illegal, and facing charges related to driving under the influence of drugs is likely to have a significantly negative impact on your custody options.

For instance, a debilitating illness or condition that impedes your ability to properly care for your children without assistance could be a factor that judges take into consideration when determining custody. Even mental and emotional conditions can play a role in these custody determinations because of their potential to have a negative impact on the child or children involved.

If you have been denied custody or have been given a custody arrangement that you do not feel is fair, then you may have the opportunity to challenge that arrangement. Challenging a custody determination can be a complex process, but it is not impossible. An experienced Florida family lawyer who understands the nuances of the state’s custody laws can be an important advocate for your rights and the rights of your family.

There is a great deal on the line in every divorce. The stakes can be even higher when children are involved. With so many important aspects inherently connected to the Florida child custody process, it is important to make sure that you take a dynamic and thorough approach to all custody considerations. This will help you explore the various options that could be available to you when it comes to child custody. Keeping in mind that a custody order does not have to be permanent and can be challenged is important, but understanding how certain issues could affect your custody arrangement is crucial to finding the right approach to your custody concerns.

You do not have to face the challenges of custody alone. Contact our firm to schedule a consultation with Scott J. Stadler and find out more information about the role we can play in protecting what is most important to you during divorce and beyond.