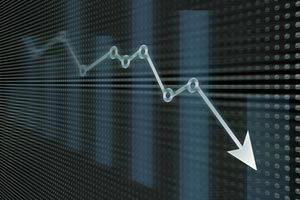 Many people are aware of the common adage that around half of all marriages end in divorce. The repetition of this idea has had a profound impact on how society views marriage and divorce. Recent numbers actually indicate that the divorce rate has declined, possibly to around 30%. Time.com reports that divorce rates are at their lowest in nearly 40 years. Several factors may play into that, including more people choosing cohabitation over marriage, but regardless of why the divorce rate seems to be declining there are still important take-aways from current divorce statistics. Of course, no one set of statistics will ever take into consideration all of the different reasons why people get divorced. While there are certainly noticeable trends in divorce, it is important to remember that only the individuals affected by divorce can ultimately make the decision as to whether or not divorce is right for them.

The Origin of the Statistics

The statistics used to make the leap to declaring that half of all first marriages end in divorce relied upon what Dr. Kalman Heller referred to on PsychCentral.com as potentially flawed research into divorces per 1,000 people in the United States in the 1970s. The retired psychologist argues that the original statistics simply measured rates per 1,000 people without taking into consideration extremely complex factors that could and likely do have a profound impact on divorce rates.

Dr. Heller notes that the country’s divorce rate actually peaked at around 40% for first marriages around 1980 and has declined ever since then. Dr. Heller’s argument against the popular finding of half of all first marriages ending in divorce is similar to that of other researchers that admit studies on divorce can offer some foundational understanding of the divorce rate, but cannot consider the myriad individual factors that play into each divorce. For instance, the hacking and exposure of members of Ashley Madison, a website focused on offering married individuals a chance to have an affair, was reported by WTVR-CBS in Richmond, Virginia as having caused an increase in the local divorce rate and was accused of doing so across the country.

Other Factors that May Affect Divorce Rates

As Dr. Kalman noted, education levels can also have a significant impact on the likelihood of divorce. A National Bureau of Economic Research study in 2007 found that women with college degrees were around 10% less likely to get divorced. A 2011 study from Bowling Green University found that women that had completed a college degree were less likely to divorce than women who had only completed some college.

Religion may also play a role in the likelihood of divorce. While a study from the Pew Research Center found that only 20% of those divorcing are religiously unaffiliated, strong ties to a religion could increase your chances of staying in a marriage. This could be due in large part to the fact that many religious communities offer free marriage counseling to couples that could be having trouble in their marriage. Counseling can play an important role in overcoming marital difficulties, but it can also be expensive. When such services are offered free of charge, they can be very beneficial.

A study from the University of Groningen found that mental health can also have an effect on divorce as those with mental illness are more likely to face divorce, especially individuals that have substance abuse issues or conditions like depression. There are other factors that could play a significant role in the likelihood of divorce, like having children. Couples with children are also traditionally more likely to stay in a marriage, though experts warn against staying in a marriage solely for the children. Your parents’ relationship could have an impact on how you view the potential for marriages to succeed, too. Additionally, while there are national divorce statistics, state divorce statistics can vary indicating that it is possible for where you live to have an impact on whether or not your marriage may end in divorce.

Dr. Heller suggests that rather than view marriages as having a 50/50 shot at success, people should try to look at them as having a 70% chance of success. Even approaching marriage with an optimistic desire to make it work does not necessarily check all of the boxes necessary for a marriage to succeed. In circumstances where couples find that their marriage has in fact disintegrated to a point where divorce is considered, it is important to make sure that you carefully consider all of your options. Once options to repair a marriage have been exhausted, facing the divorce process can be intimidating. However, you do not have to face it alone if you choose an experienced family law attorney that focuses their practice on clients going through the Florida divorce process. Doing so can help ensure that your rights are protected throughout the Florida divorce process so that you can emerge from it ready to begin anew. If you have made the difficult decision to pursue divorce, contact Scott J. Stadler to schedule a consultation where you can find out more information about what divorce might mean for you.