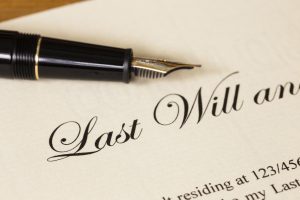 One of the most common issues spouses will face upon divorce is that of property division. While spouses can make an out-of-court agreement as to what will be divided and how it will be divided, if it comes to the court, then the outcome may not be as the parties wish. Generally, the court will decide how to divide property between spouses based on Florida law, but even then, as with any family law matter, the outcome depends entirely on the facts of the case. Even the outcome of inheritances can change depending on how the parties handle the inheritance.

In Florida, matters of property division in divorce are regulated under Florida Statute Section 61.075. Under this law, courts are required to begin with the premise that the distribution of marital property should be equal between the parties. While this is the starting premise, there are exceptions, and a court may allow an unequal distribution if found necessary as supported by relevant factors, including, but not limited to:

The matter of co-mingling can be a subtle issue that many people may not think about. During the duration of a marriage, spouses may not think twice about sharing their good fortune with their spouse. Doing so, however, will transmute the inheritance from personal property to marital property.

Co-mingling an inheritance can have a fairly drastic effect on property. For example, if a spouse’s wealthy uncle passes away and leaves $1,000,000 to only that spouse, then that inheritance will remain the personal property of that spouse. If, on the other hand, that spouse deposits that money into a joint bank account shared by the other spouse, then that inheritance will be transmuted into marital property on account of the co-mingling with marital funds. Similarly, if the wealthy uncle leaves the money to both spouses as opposed to only one, then the inheritance will also be considered to be marital property. These matters can extend to inheritances that involve physical property and real estate as well. For example, if a party receives a beach house through a non-interspousal inheritance, then that party would own the beach house as separate property, as well as any rent gained through the beach house if the spouse chooses to rent out the space. If the spouse uses marital funds to repair or maintain the house, however, then it is likely that the

It is important to note that, while it is important to protect one’s interests, it is also important to not let personal property divide a perfectly good marriage. In any marriage, it is up to each spouse to decide how to handle their issues as they arise, and consulting with an attorney on these matters can help provide a clearer look at the outcomes and consequences of certain actions.