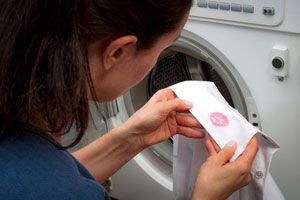 Some couples are committed to staying married for life. There may be just a couple things that would ruin their marriage and cause them to file for divorce – abuse and infidelity. Unfortunately, both situations are common in marriages in America. Infidelity is actually on the rise, and it is threatening many marriages as social media and internet usage increase.

Infidelity is defined as cheating on a spouse. This means engaging in an emotional or physical affair. A person does not have to have sex with someone to be in an affair. Spending an abnormal amount of time with someone and connecting with them on an emotional level can be an affair, and can be just as damaging to a marriage.

Infidelity can occur in many ways. Some people are not satisfied in their current relationship, so they look for satisfaction outside of the marriage. Some actively look for new partners. They may advertise on dating sites. They may contact previous partners. Others may not be actively seeking affairs. Instead, they may naturally happen as they meet new people at work, in school or in clubs.

Infidelity is different based on genders. Women primarily cheat for an emotional connection. Men, on the other hand, tend to seek sex. They may be bored with sex in their marriage and want to experience adventure. The male ego is another reason for infidelity. Men want to know that they are still attractive to the opposite sex.

Infidelity tends to occur when one partner has reached a midlife crisis and during the fifth and seventh years of marriage, hence the ‘seven-year itch.’

Men are more likely than women to have an affair. 22% of married men have had an affair, while 14% of women have done so. Affairs are common among co-workers, accounting for 36% of affairs. Interestingly, they are also common among families, with 17% of affairs occurring with a brother-in-law or sister-in-law.

Can a Marriage Survive Infidelity?

There is no law stating that an affair has to lead to divorce. In fact, only 17% of divorces are caused by infidelity. However, staying married after an affair is easier said than done.

For many marriages, infidelity is a deal breaker and grounds for divorce. That is because the foundation of any marriage is trust. When that trust is broken because of an affair or any other reason, the marriage becomes broken. It is hard to regain the other spouse’s trust. An affair can lead to anger and betrayal, and many spouses find it hard to move past that.

Some marriages, however, do continue despite infidelity. For some couples, it is due to apathy. They do not care about what is going on and they do not want to divorce. The affair continues on, with no effort invested into the marriage.

Others invest in the marriage and work hard to rebuild the marriage. To do so, there are several steps the couple needs to take. First, the affair has to end. All it does is distract the parties from the marriage. It is also good for the couple to talk about the affair. This helps the hurt spouse come to grips with what happened. There also needs to be guilt and remorse from the cheating spouse. This helps the hurt spouse start to heal and forgive the cheating spouse for his or her transgressions.

The couple then needs to focus on the marriage. They need to spend more time together doing things they enjoy and refraining from discussing the affair. They also need to commit to being open and honest from now on—no more secrets.

Will Infidelity Affect the Outcome of Your Divorce?

In the past, adultery was considered a serious crime. In some countries, it is punishable by death. In the United States, it is rarely prosecuted. Since many states allow for no-fault divorces, you do not have to have a reason to divorce. Proving that your marriage ended because of adultery will not likely be advantageous on your part.

However, there are some exceptions. In Florida, if you can prove that your spouse spent significant sums of money on an affair, you may be able to get a bigger chunk of the assets in divorce. This action is considered squandering marital property and can result in a bigger payout for the scorned spouse, particularly in terms of alimony payments.

Infidelity may also affect child custody to some degree. Courts are looking out for the best interests of the child. This means they are looking at the character of each parent. If one parent is engaging in adultery, this is a moral indiscretion that can affect one’s right to child custody. The judge will not look favorably on a parent who is cheating on the other parent.

Infidelity often results in a lack of trust and jealousy issues. While some marriages do survive adultery, many do not. Both partners need to work hard to keep the marriage alive, and this does not happen often, especially if the cheating partner is unwilling to end the affair.

If your marriage is ending due to infidelity issues, seek legal help. Palm Beach divorce attorney Scott J. Stadler can help you during this difficult time. He can assess your case and determine how the adultery can change your divorce case. Schedule a consultation by calling (954) 346-6464.