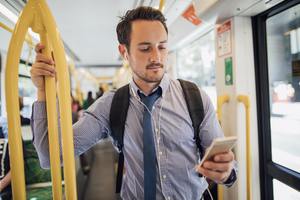 In the past, couples married for love. Nowadays, there needs to be more than love in order for millennials to get married. They want security, as well, and this is changing their view on marriage and how they will deal with a divorce, should one happen.

Millennials are considered to be those who were born between 1981 and 1996. This generation has seen many issues in the realm of divorce. They may be children of divorced parents. They may have had to deal with financial issues due to their parents’ divorce. After having to deal with these issues in their childhood, many people want to avoid making the same mistakes.

As a result, the divorce rate has dropped 18% between 2008 and 2016. But why, exactly? It certainly is not the aging population causing this decrease. Gray divorces—in which people over the age of 50 divorce—are on the rise. While older Americans are still less likely to divorce, the number of people in their 50s, 60s and 70s who are ending their marriage has been on the rise for the past few decades.

While the number of marriages has declined, there is something else contributing to this trend of fewer divorces: Those who marry today have a greater chance of seeing their marriage last, compared to those who married a decade ago. This is largely attributed to the characteristics of millennials who are marrying nowadays. While Baby Boomers are divorcing at record-high rates, millennials are not. Instead of marrying in their early 20s, people are waiting longer. In the 1950s, the average woman was 20 years old when she married. Today, that age has risen to 27.4 years old.

This is because marriage is no longer a priority for young adults. It is not something they need to do. They would rather finish school, become established in a career and save up money before walking down the aisle. Those who do get married are more mature and more educated than those who married decades ago. This leads to fewer divorces.

In fact, even those who are less wealthy and less educated are holding off on marriage. They are deciding to cohabitate instead. Some unmarried couples even decide to raise children together.

Millennials are becoming more strategic as to how they approach marriage. While being in love is an important factor, it is not the only reason to get married. Finances are a huge factor. Today’s young adults are more financially savvy than ever. They are working hard and saving up money to buy the things they want. Accumulating wealth is important to them. As a result, they do not want to have to give up half their savings account in a divorce.

This has led many couples to consider prenuptial agreements. These documents pre-plan for a possible divorce. Should the marriage end, a prenup outlines how assets are to be divided, among other things. It may allow spouses to prohibit certain assets from being divided. In some cases, these documents also outline the expectations of the marriage.

Money is a huge factor in marriage. Many couples graduate from college with massive student loan debt. They want to pay off this and other debts so they can enter a marriage with less stress. They do not have to worry about taking on their spouse’s debt in the event of divorce. Some couples marry people from different races and religions, meaning that there may be cultural differences and therefore multiple weddings. This causes people to delay marriage or avoid it altogether. In fact, it is estimated that 25% of millennials will never marry.

There is also strategy involved in choosing the right partner. Quickie marriages are no longer common. Relationships often last many years before a partner proposes. Even engagements are lasting several years or longer. In fact, today’s couples are in a relationship for an average of nearly five years before getting married. People are fearing divorce now more than ever. They may have seen it ruin their own lives as children. This is causing couples to take their time in a relationship and really get to know someone before committing to marriage. To them, marriage is taken seriously.

Cohabitating is also more common. Cohabitation has seen a six-fold increase among millennials, when compared to their parents’ generation. People do not want surprises in a marriage. They want to know what to expect, and that means living with their future spouse before getting married just to make sure they are compatible. Some couples buy houses together, making home ownership a priority over marriage. This is due to the economy, since it is cheaper for two people to live together than it is for them to live separately.

Some forego marriage altogether. In 1960, 72% of adults were married. This number dropped to about 50% by 2017. Marriage is no longer important to many people. In the past, women relied on men to take care of them financially. With gender roles changing, more and more women are earning money in lucrative careers. Some are even the sole breadwinners of their families. Women no longer need to rely on men, and as such, marriage is no longer the necessity that it was decades ago.

Not all trends are here to stay. While millennials may be bringing down the marriage and divorce rate for now, many marriages still end in divorce. When this happens, it is helpful to be prepared.

Palm Beach divorce attorney Scott J. Stadler can help you with your divorce issues. We can help you negotiate with the other party and agree on a settlement that works for everyone involved.   Discover your options by calling our office at (954) 346-6464.