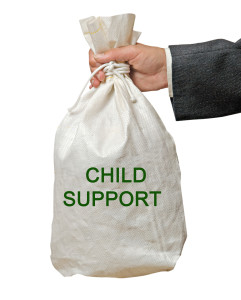 We’re often asked “how is child support calculated?” – There are a number of factors that go into answering this question. Here are some of the things we look at to determine this:

Florida takes the issue of child support very seriously.  Also keep in mind that child support and time-sharing are two separate matters.  (In Florida, there is no legal concept of “custody” in the statutes, the term that is used is “time-sharing.”)   Usually, the parent with the majority of time in the arrangement is paid child support by the other parent, because the cost of keeping the child fed, clothed and housed is greater for that parent.  Florida uses an “income share” model, and estimates the amount of support that would have been available to the child if the family had remained intact.  Then the respective income of the parents is considered, and the support obligation is apportioned accordingly.

Even if you have successfully negotiated or mediated the terms of your divorce and even the time-sharing arrangement for the children, the court will put an Order of Support for the children in place.  This is because the court wants to ensure that support is fair and equitable for the parents.    Also, any order in place can be enforced if the parent ordered to pay stops paying the support.  The obligation to support your children is non-negotiable and serious consequences can arise if the support is stopped (Read More).

You may enter into an agreement about child support, but it must be in accordance with the guidelines set out by the state.  Child support cannot be waived, but a parent may voluntarily pay more than the statutory guidelines require.  If the judge consents, that agreement will be incorporated into the final divorce decree.

Florida makes it relatively easy to determine the amount of child support that will be due.  There is a Florida Support Guidelines Worksheet available online to help you “do the math” but don’t be fooled into thinking that is all there is to it.   You will likely need help in determining some of the categories.  The worksheet takes into account each parent’s income, assets and expenses, as well as childcare, cost of health insurance and medical, dental and prescription costs that are not covered.

Navigating the child support amounts can be tricky, so it is a good idea to consult with an experienced attorney on these issues.

The Florida statutes set out some specific circumstances which can adjust the support award up or down.  The courts look at such things as ongoing extra expenses for the child, such as those who have extra education expenses, or children with special needs, or extraordinary medical issues.  These additional expenses are taken into account for the child support order, so the amount may be more than the statutory guidelines suggest.  A court can deviate some on these amounts, but there has to be good reason.

The court can also look at things such as any independent income of the child (such as child actors or trust beneficiaries), whether the custodial parent receives both child support and alimony, the total assets of the parents and child, the terms of the shared parenting arrangements, seasonal income of either parent and a number of other factors.  Any of these can affect the child support award.

You may have heard about modifications of child support orders.  Modification of child support amounts occurs after an order has been in place, and is based on change of financial circumstances.  We will talk about that at length in another post.

Don’t Want to Pay – Not Going to Work

Sometimes a parent seems to feel put upon by the amount of child support they are ordered to pay.  That is one reason Florida adopted the income share model, to try and reach an 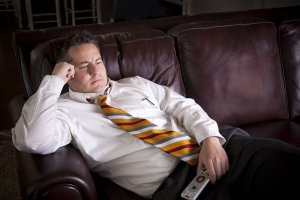 equitable solution.  You may have heard people saying that they are just not going to work, or work under the table to avoid having to pay child support.  Can’t get blood from a stone, right?  Turns out they can!

In the last few years the statutes were amended such that if you are voluntarily unemployed or underemployed, or you refused to participate in the proceedings, or did not disclose your finances accurately, the court will assume you make a certain amount of money and award support accordingly.  This is known as imputation of income, and can actually make things much worse for you.

This practice of imputing income may sound unfair, but the law exists to make sure that parents are taking care of their children financially – not an unreasonable expectation!  It is therefore best to participate in a support proceeding and truthfully disclose your income and expenses.  Attempting to defraud the court is never a good idea.

Do yourself a favor – consult with an attorney!

Often emotions are running high in a divorce/custody/support situation.  It may be difficult to think clearly when so much is going on.  The best thing you can do to protect the children’s interests, as well as your interests, is to consult with an experienced, dedicated family law attorney.  There are so many aspects to the complex Florida child support laws that you really require professional help.  If you do not seek this experienced advice, you may end up in a much worse financial position than you would have in the first place.