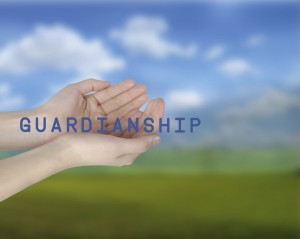 It is never easy to place a relative or loved one into the care of a stranger. While this may allow a loved one to get the care and attention they deserve, there are times when the decision is involuntary, such as when the court appoints a guardian to assist your relative or loved one. In such cases, those that are closest to the incapacitated person must trust in a complete stranger to perform daily tasks, ranging from handling mail to assisting the incapacitated person with his financial issues. In any situation, the risk that the guardian might take advantage of the incapacitated person is a very real one. Recently, however, Florida has put into effect several updates to the laws regulating guardianships.

The first question any person might ask is what exactly is a guardian? While people might think of parents or close relatives as guardians, a court-appointed guardian serves a different purpose. A court-appointed guardian is an entity, either an individual or an institution, appointed by the court to exercise the legal rights of an incapacitated person, who is known as the ward. Duties can include the administration of property, as well as meeting any needs the ward may have. Almost any person may become a guardian, and there are even organizations that provide guardianship services in Florida. However, because of this openness, it is not unheard of for guardians to take advantage of the wards, either physically or financially.

Up until recently, while there have been certain rules in Florida law that regulate the use and administration of court-appointed guardians, there have been few ways for relatives or loved ones of an incapacitated person to petition for change or punishment of a guardian that takes advantage of the ward. Fortunately, the update to the rules regarding court-appointed guardians was enacted on July 1, 2015. It is important to keep in mind, however, that these updates do not apply to for-profit guardians. Below is a list of only a few updates to the rules regulating guardians in Florida, which can be found in the Florida Statutes, Chapter 744.

One of the biggest changes to the laws regulating guardians in Florida concerns the abuse, neglect, or exploitation by a guardian. While it may seem like common sense that such actions by a guardian, or by any other person for that matter, would be wrongful activity, there has been no prior rule in Florida explicitly prohibiting such behavior. The updated rules, however, explicitly prohibit a guardian from abusing, neglecting, or exploiting a ward. The section goes further and defines exploitation as activity by a guardian that includes:

Furthermore, the new law provides that anyone who suspects that such activity is taking place shall report the incident to the Department of Children and Families.

In addition to prohibiting actions by a guardian, the updated laws go on to further outline the powers and duties of a court-appointed guardian. While the prior law in Florida accounted for the guardian’s property-based duties, such as ensuring that the ward’s rent is paid, or that the proper reports, the updated laws go further and focus more on the welfare of the ward. It is important to note that these new updates do not displace the prior law, and are, for the most part, additions. Some such duties a guardian has under the new rules include:

-allowing the ward to maintain contact with the ward’s family, unless the guardian believes further contact may harm the ward;

-considering the expressed desires of the ward when making decisions that affect the ward;

-assisting the ward in developing or regaining capacity, if medically possible; and,

-notifying the court if the guardian believes that the ward has regained capacity and that one or more removed rights should be restored to the ward.