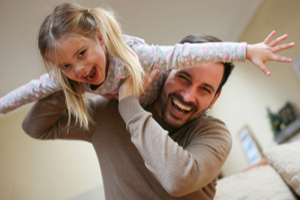 Traditional notions of divorce often portray fathers as getting the short end of the stick when it comes to the final divorce agreement. However, while that may have held some truth for a number of years, it does not reflect the judicial system’s current approach to important issues in divorces that involve children. An experienced Florida divorce attorney can help work with you to address individual concerns you may have about how divorce will impact you and your family, as well as help you navigate the challenges that come with divorce.

For many parents, one of the most important issues in a divorce – if not the most important issue – is how divorce will impact marital children and the relationship each parent has with those children. Custody often plays an important role in this issue. Florida, like most other states, has statutory language that directs courts to make custody determinations when parents are unable to do so on their own or with the help of their divorce attorney.

Courts must make these decisions based on what arrangement will meet the child’s needs and best interests, but they start with the presumption that those concerns are best addressed when a child is able to maintain equal contact with both parents whenever possible. Found in the 2018 Florida Statutes 61.13 4(c), while the presumption is rebuttable, it means that both parents start out on equal footing when it comes to custody issues. A recent article from Florida Today indicates that Florida has been ranked among the best states for divorced dads for a number of different reasons.

According to the study on which the article is based, which was conducted by a tech development company that creates custody scheduling software, the national average of the amount of time that divorced fathers typically get to spend with their children is approximately 35% with some states averaging as low as 22%.

The study itself was based on the typical types of custody arrangements that legal professionals see most often as well as the various statutes in each state. According to the article, Florida joins several other states with an average of fathers receiving approximately about 50% of time with their children after a divorce. In fact, the article indicates that Florida is the only state in the southeastern United States that has been able to achieve this average when it comes to custody decisions.

Various individuals who were interviewed for the article, including Florida judges and other legal professionals, indicate that it is still possible for the system to be biased against one parent or the other and that such bias may still disproportionately affect men. Their advice when it comes to custody is to work with the child’s other parent to develop a solid, detailed custody arrangement that focuses on the needs and best interests of the children it is meant to serve instead of allowing the courts to weigh in on matters and relationship dynamics with which they may be less familiar. That means that communication is an important part of the divorce process, especially as it relates to custody.

An experienced divorce lawyer knows that this type of communication is not always possible and can help you understand more about what you can expect when it comes to custody issues based on the individual circumstances of your divorce. However, those in the article as well as most divorce lawyers agree that the best and most rewarding custody arrangements, even when such arrangements must be determined by a court, are the product of two parents who are both actively engaged in their children’s lives.

It is important to keep in mind that equal time is important, but truly equal time may not always be logistically or realistically possible. Your ultimate custody schedule, whether you are able to develop it cooperatively with your child’s other parent or the court makes a custody determination in your divorce, will be dependent on a number of different factors that may not have any bearing on your ability to parent or the relationship you have with your child. Remember that truly equal custody is often logistically and/or realistically impossible.

While certain red flags like substance abuse or a history of domestic violence are likely to have an impact on your custody arrangement, other factors can also significantly impact the custody arrangement. For instance, moving out-of-state or accepting a new position that means a lot of travel time may make it quite difficult for you to spend equal time with your children.

It is also important to keep in mind that while custody arrangements that are part of a divorce settlement are usually meant to provide a safe and secure routine for the children involved for a long period of time, they can be modified. There are a number of different reasons for seeking modification of a custody arrangement. That is why it is important to maintain a relationship with your Florida divorce attorney even after a settlement has been finalized. Utilizing the services of that attorney in the future can save you time and money because he or she is already likely familiar with the important aspects of your case.

Taking the Next Step

Divorce is never an easy process, even when children are not involved. When children are a part of divorce, the process can be even more challenging and is likely to raise additional obstacles that both parents must overcome. An experienced Florida divorce lawyer who focuses on divorce and related child custody matters can help you understand the tools you may need to face those challenges and develop a custody plan that best addresses your child’s needs as well as your rights. If you have questions or concerns about how custody may impact your family or your relationship with your child, contact Scott J. Stadler to schedule a consultation and find out more information about how we can start working with you to understand and assert your family’s rights throughout the legal process.