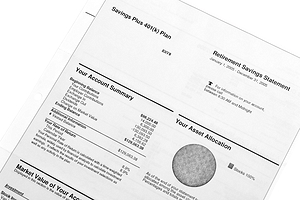 The financial aspects of a divorce can be extremely complicated and often confusing. Florida law, and the law of many other states, can be difficult to understand when it comes to determining how a court might divide particular financial assets when finalizing a divorce. Retirement plans and pensions are no exception to this, and the division of those assets can often be unclear to individuals going through the divorce process. A family law attorney with experience handling divorce proceedings can help identify aspects of property division that may otherwise be overlooked, such as the division of retirement plans.

The general rule in Florida for division of assets is that a court must divide assets based on equitable distribution. While this may sound like property and financial assets will be divided evenly down the middle, this is not always the case. Florida law mandates that courts make a just and fair division of property and financial assets, which does not necessarily mean an equal division of these things based on the individual circumstances of the parties to a particular divorce proceeding. Additionally, an ex-spouse is typically only eligible for a portion of the contributions to a retirement plan made during the marriage and not a portion of contributions made prior to or after a marriage. In order to plan for the short-term and long-term financial impact of a divorce, it is important to take time to understand how a divorce might affect each element of your individual finances. This includes pensions and other retirement plans.

Some people accrue rights to pension benefits depending on where they are employed during their career. Pensions are funds that receive regular contributions from employers during the course of a person’s employment. These are also known as a defined-benefit plan because they guarantee the beneficiary a specific sum of money upon meeting certain requirements. Depending on the characteristics of the the individual plan, the pension can be paid in periodic installments or in a lump sum upon retirement. Generally, contributions to this type of plan are made almost entirely by the employer.

Another popular form of retirement plan is known as a defined-contribution plan. These types of plans generally include 401k plans, IRAs, and Roth IRA accounts. Defined-contribution plans do not pay a specific sum of money upon meeting certain qualifications for retirement. Instead, they allow an individual to set aside a certain amount of money for retirement in a tax-deferred account. The beneficiary makes payments into this account, which is sometimes supplemented by contributions from the employer. When the beneficiary retires, they can withdraw money from the account to cover living expenses during retirement. Some plans allow beneficiaries to make periodic withdrawals and others may allow a beneficiary to withdraw the entire amount upon retiring.

The type of retirement plan in question during a divorce will determine the way it is divided in a finalized divorce. The type of account in question will also affect the tax consequences that could accompany division of the retirement plan in a finalized divorce. Generally, division of retirement plans will require a Qualified Domestic Relations Order (“QDRO”). It is important that these orders are prepared properly and accurately, as preparing them incorrectly can result in some extremely unpleasant tax consequences in the future.

However, there are some pensions that are not necessarily divided in the same way. For instance, government pensions from federal, state, or local government employers are exempt from the Employee Retirement Income Security Act (“ERISA”). This means that entities which administer these government retirement plans do not need to accept QDROs from Florida courts, or courts in any other states. Some entities, like Florida state and county government pension administrators, are covered by state-level equivalents of this law. This means those government pension plan administrators voluntarily accept QDROs from courts even though they are not legally required to do so. At the same times, most local government pension plan administrators do not accept QDROs, and so parties determining how to divide these retirement plans may have to prepare other types of documents that ensure an ex-spouse’s access to such retirement plan benefits. In such cases, the way court orders are worded and the precise information they contain are extremely important, and these should be prepared by family law attorneys that have experience in the division of these types of assets during divorce proceedings.

Former spouses eligible for retired military personnel benefits may also be subject to division of those benefits during divorce proceedings based on specific guidelines. One such guideline is that a former non-service member spouse cannot be awarded more than 50% of the potential benefits due to a retired ex-spouse service member. Under federal law, marriages that have not lasted for at least 10 years are not eligible for division of eligible military retirement benefits. Additionally, federal law requires that the spouse eligible for military retirement benefits accumulated a minimum of 10 years of creditable service during the marriage in order for an ex-spouse to be eligible for division of such benefits.