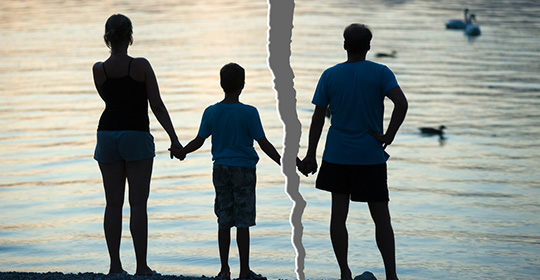 So You’re Ready to End Your Marriage

It’s just not working. You know it; your spouse knows it. Your friends know it. The time has come to do something about it. You don’t want an emotional, hateful, negative experience. You want to remember the good things and end it the same way you started it. Friendly. Amicable. How?

In Florida, the official term for divorce is “Dissolution of Marriage.”

First, what is required to get a divorce? Florida is a no-fault state, so there’s no having to prove adultery and make your spouse into a villain. If you feel that your marriage is “irretrievably broken,” whether your spouse agrees or not, you can file for DOM.

File your Petition for Dissolution of Marriage. All you have to prove is that there is a marriage, at least one spouse has been a Florida resident for at least six months prior to filing the Petition, and that the marriage is “Irretrievably broken.”

Either spouse can petition for dissolution. If the “defendant” spouse agrees that the marriage is irretrievably broken, then it will be a much smoother process. In fact, if the two of you can agree about most things, you will save a lot of heartache. And money.

The Plaintiff spouse files the Petition for Dissolution in the county where the couple lives together, or a county either spouse is currently residing in. One or both spouses must be a Florida resident for at least six months before filing in Florida.

The Petition alleges that the marriage is irretrievably broken, and includes what the Plaintiff spouse wants, like child support or alimony.

The Defendant spouse has 20 days from date of service to file an Answer, or Counter-Petition, addressing the issues raised in the Petition, and can include additional issues if necessary.

In Florida, financial disclosure and discovery is mandatory. Both spouses submit financial disclosure statements, and the Court may take into consideration what each spouse contributed, how long they were married, and each spouse’s current economic situation, or projected situation. For example, if the wife gets the house, then the husband will have to find a new place to live, which will burden his budget. These kinds of things are factored into the “equitable distribution.”

Marital property, including real estate, cars, and other assets like bank accounts, stock portfolios, 401Ks and retirement accounts are subject to division.

Liabilities, obligations, and debts are also considered. Mortgages on a home, car loans, credit cards and other debts are all figured into the equation.

After all the numbers are crunched, child support and/or alimony are addressed, if they were in the original Petition.

If there are minor children, the court usually tries to arrange equal consideration for both parents, as far as child-rearing and decision-making. Occasionally the court will award sole custody, if one parent is proven to be violent or “unfit,” or there is some other issue that would make it unsafe or detrimental for the child(ren) to have continuing contact with that parent.

Regular “Contested” Procedures Can Make For A Difficult Divorce

In a regular divorce, each spouse should have his/her own attorney.

The attorney’s job is to represent you against your spouse, even if you’re not angry and emotional. If you disagree about things, you each need separate counsel.

If an attorney says they can represent both of you, get a different attorney.

The attorneys will file all the paperwork, petitions, answers, counter-petitions, etc. They will help you complete the financial disclosure paperwork and advise you on what to fight for, and where to compromise. Your attorney will argue for what you want, and the judge will decide what to award.

Everyone knows how this sort of situation goes down. Harry and Sally are throwing things at each other, hollering and screaming until Sally finally shouts “I WANT A DIVORCE!” and Harry hollers “FINE!” They wind up at attorneys’ offices, each bashing the other and venting to the attorney, who goes to court on their behalf.

Sally wants child support and alimony for the 15 years of hell she had to suffer through being married to Harry, and Harry wants 75% custody of the kids and doesn’t want to give Sally a dime.

The divorce is messy and emotional and takes 9 months to work through. The judge gives them 50/50 custody for the 3 kids.

Sally gets the house, half the mortgage, the joint savings account, the minivan, child support and alimony.

Harry keeps the Escalade, the boat, the big savings account and the stock portfolio (they were originally his) but he has to find a new place to live, and he’s responsible for half the mortgage on the house, some child support, and alimony until and unless Sally remarries.

If Sally sells the house, the proceeds will be split evenly.

When they finally get the Decree, it’s only the beginning, because they have to drop the kids off to the other every other week. Harry gets an apartment close to work with a room for the kids to sleep in, and once he gets settled, they stay with him every other week. The End.

Mediation To Prevent A Difficult Divorce

If it’s more of an amicable split than that, you may opt for Mediation. Mediation is when the two parties (spouses) work with a neutral third party, usually an attorney, to help them come to an agreement they can both live with, without having to go to court. If there is not a lot to work on, and if both parties can keep a level head and not get emotional, then Mediation is a good option. At the very least, it’s a good starting point. If it gets messy, it can always turn into a court proceeding. But if it works, it can save you lots of time, headaches, and money.

For example, take Dick and Betty. Dick and Betty live in Florida. They were married right out of high school because they were friends and Betty wanted to get out of her parents’ house, and the best way to do that was to get married.

They rent a little condo on the beach and get a little Chihuahua, and name him Cujo.

They stay married for a few years, but it’s not really that great. They’re not fighting all the time or anything, they’re just not really in love. They talk about splitting up a few times. It’s not extremely emotional. After a few more months, they decide to end it.

The condo is a rental so there’s no real estate to split, Dick sleeps in the second bedroom for a few months until their lease is up and then he finds another place. There’s just a few things to agree on, like who gets the dog, and who gets the 2010 Volvo that’s not paid off yet, and who gets the 1989 Honda that’s somehow still running.

They go for Mediation, they tell the mediator their sides, and the Mediator advises them that since Dick makes more money, he should take the old Honda and trade it in and get something new, and Betty should take the Volvo that’s already partly paid for.

Betty argues hotly for Cujo, the dog, she’s the one who feeds him and walks him and bathes him, and Dick finally caves. That’s it for Dick and Betty, they stay in the condo together, sleeping in different rooms but not unfriendly, until the lease ends.

They both move out, Betty moves in with a lady she knows from work who has a room for rent in a big house, and Dick moves in with some buddies.

They stay friends and Betty occasionally brings Cujo over to the bachelor pad for playdates with their dogs. The End.

If you are extremely amicable, or there is not a lot to agree on, the simplest form of Dissolution of Marriage is the “uncontested” procedure. To qualify, both spouses must agree that the marriage is irretrievably broken. Both spouses must agree on using the procedure, the couple must have an agreement as to asset & liability distribution, there must not be any minor or dependent children, natural or adopted, and the wife must not be pregnant. Neither spouse can seek alimony under this t=kind of procedure, and the couple is responsible for completing and filing all paperwork correctly, and appear together before the judge before he issues the Dissolution.

For example, say Clyde and Bonnie live in Florida. They meet on a dating website. They go on a few dates. After the fourth date, they decide it would be fun to go to Las Vegas and get married.

They come back and get a little apartment together. They actually make it work for almost a year, but then they both decide they’re not right for each other. They pack up their things that are separate, make deals for the things they bought together, Clyde bargains the TV for the leather sofa, Bonnie agrees to that and calls dibs on the dishes, and Clyde gets the grill.

Clyde makes arrangements to move out of the apartment they were sharing, or they agree to wait until the lease is up and both move out. Bonnie moves in with her girlfriends, Clyde crashes at his buddy’s house for a while.

They get around to filing some paperwork and laugh about how it was easier to get married than it is to get divorced. Bonnie gets another boyfriend and Clyde is seeing a couple girls. They decide to be friends but they fall out of touch after a few years.