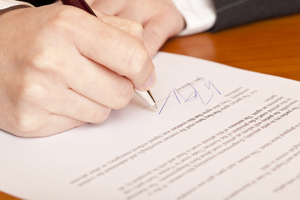 If you are divorcing in Florida in the near future, you could see some changes, particularly in terms of alimony and child custody. As you may know, Florida’s alimony laws are controversial. The state currently allows permanent alimony, which recipients love but payers detest. Permanent alimony is not too common, as only six other states have it — Connecticut, New Jersey, North Carolina, Oregon, Vermont, and West Virginia. Florida has tried to do away with permanent alimony in the past, but Rick Scott, the governor at the time, vetoed bills that were introduced in 2013 and 2016.

Lawmakers are trying again to get rid of permanent alimony for good and make it more predictable for those going through a divorce. State Rep. Alex Andrade recently introduced H.B. 843 to the Florida House of Representatives. If passed, this bill would not only end permanent alimony but also create 50-50 child custody. The bill received a good amount of support in the Justice Appropriations Subcommittee. It then moved on to the full Judiciary Committee, where four people voted against it.

Many people support the bill, especially those who have been paying alimony for many years. Having to make monthly payments to an ex-spouse until they remarry or die seems a little extreme. Depending on when the couple divorced, a person may have to pay their ex-spouse for 50 years or longer. That seems ludicrous when a couple may have been married for only 10 years. By that point, the ex-spouse should be able to get back on their feet and get a job. The payer should not have to deal with the burden of alimony in retirement and beyond. In many cases, women who have been abused are paying alimony to their ex-husbands. Many would consider this extremely unfair, especially when children are involved.

On the other hand, women who were homemakers and raised children during their marriage are enjoying the lifetime of alimony, since they may not have the skills or education to get a job. But is this fair? Should a person be punished for the rest of their life simply because they decided to get married and divorced? Should they be allowed to move on with their lives at some point?

That is the point of H.B. 843. All states allow alimony to some degree, but not forever. It will make alimony more predictable, since taking alimony to court could result in a wide range of outcomes. While the bill would not be retroactive, a judge can reconsider permanent alimony in current situations when there is a major life change, such as illness, disability or retirement.

Besides alimony, the bill would also make some changes to Florida’s child custody law. While a judge would make the final decision of child custody issues, there would be a presumption of 50-50 custody. Therefore, it would be assumed that both parents would have equal custody in the event of a divorce. However, either parent would be able to challenge child custody in court. For example, if a parent has a drug addiction or was abusive to the child, then the other parent could challenge the 50-50 custody and make it so the other parent gets less parenting time or maybe even none at all, depending on the circumstances. Child custody will still be based on the best interests of the child, so either parent can bring up any issues to the court and the judge can make the final call.

While the laws in H.B. 843 may seem more fair and practical on the surface, there is some dissention. Supporting the bill is a group called Florida Family Fairness. The group has hired Ballard Partners and The Southern Group to drum up support for the bill.

One group, however, opposes the bill. The First Wives Advocacy Group is a small group of women who have organized online. These women have been receiving alimony since their divorces and are concerned that if H.B. 843 passes, they would instead have to seek state benefits. The passage of the bill would significantly impact these women, who are in their 50s, 60,s and 70s. Their age would make it difficult for them to find work and earn income to support themselves. The Florida Bar Family Law Section also opposes the bill and does not feel that the state’s current alimony laws need to change.

Rep. Andrade does not find H.B. 843 controversial at all. His goal is to get spouses to compromise and move on with their lives. He finds it more fair than Florida’s current laws and hopes that those going through such an emotional event such as a divorce will agree. While many lawmakers are showing their support for the bill, many members feel that some changes should be made before they vote to pass it. The biggest concern is that without alimony, these people will turn to the state for help, and this can cause greater financial problems.

Florida’s laws are outdated and lawmakers are trying to create new bills that will make things more fair in a divorce. Permanent alimony is hardly used anymore and a person should not have to make payments to an ex-spouse forever. Child custody should also be equal except for extreme circumstances.

What laws will apply to you in a Florida divorce? Palm Beach divorce attorney Scott J. Stadler can give you the advice you need and help you understand what you are entitled to receive in a divorce. Schedule a consultation today. Call our office today at (954) 346-6464.