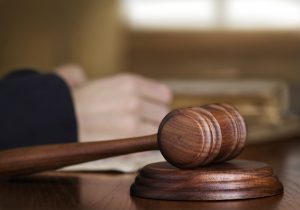 There is no question that divorce can be emotionally complex and stressful for all parties involved. Sometimes a party may even act in a way that shows disrespect to the court. While it can be easy to let one’s emotions get the better of of oneself, taking such actions against the court can have disastrous effects on a divorce. While a finding of contempt can provide personal punishments such as temporary jail time or a monetary fine, a finding of contempt can also unduly prolong divorce proceedings.

While many people may be familiar with the term “contempt” through legal dramas, in reality, the term can be applied in a much broader sense than simply in the presence of the court. The term “contempt” refers to any refusal to obey a judge’s order, mandate, or decree. This can happen in a multitude of ways, ranging from overt to subtle. Forms of contempt can include refusing to pay support payments as ordered and can even include bringing up irrelevant information that the judge had previously told parties not to bring up. It is important to note, however, that noncompliance alone is not sufficient to support a finding of contempt. In any situation, the contempt must be willful. As a result, a parent who cannot pay spousal support due to losing his job will likely not be held in contempt for failure to pay, whereas a spouse who is able to pay spousal support but chooses not to will be held in contempt.

Matters of civil contempt are regulated under the Florida Family Laws of Civil Procedure, Rule 12.615. While civil contempt does come with a punishment, it is generally aimed at encouraging compliance with a court order or decree. In order for a court to find a party in contempt, however, it must first find that the order was clear, that the party had the ability to comply, and the party deliberately chose to disobey the court order.

Under Rule 12.615, if a motion for civil contempt is granted, the court may impose a number of sanctions, including incarceration, attorneys’ fees, and suit money and costs. In addition, a party may request relief through the motion, which can include:

The rules regarding direct contempt can be found within the Florida Rules of Criminal Procedure, Rule 3.830. Under this rule, a finding of direct contempt is appropriate in situations where the contempt took place in the actual presence of the court. Much as with civil contempt, before entering a finding of direct criminal contempt, the court must present a party with notice of contempt, as well as an opportunity to show why he or she should not be found guilty of contempt by the court. Forms of direct contempt that can occur within a family law case include openly disruptive behavior if that party was already ordered by the court to settle down, or ignoring court orders to avoid bringing up irrelevant information.