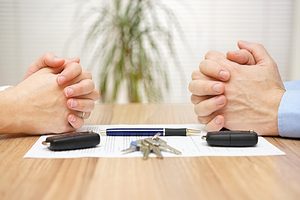 Divorce is a complicated and difficult process for anyone involved. Family law is complex in every state, and Florida is no exception. However, divorce can be even more complicated for the men and women of the United States military. State laws governing divorce often differ from one state to the next, but for most people seeking divorce that has little impact since they typically seek divorce in their home state and only need to worry about the qualifications to request a divorce in that state. For military families, the demands of a military career often involve moving from one state to another, or even from one country to another, often on a regular basis. This can make the divorce process even more complicated and confusing because it requires military service members to determine which venue they should apply to for divorce, keeping in mind that some states may have laws more favorable to an individual’s circumstances. Below are some examples of how laws vary from state to state when it comes to divorce.

Some states will only allow divorce proceedings on a no-fault basis. This means that one spouse does not have to prove wrongdoing on the other spouse’s part in order to successfully petition for divorce. In many situations, this simplifies the divorce process. However, if you are seeking a divorce from your spouse for specific reasons, they may be enumerated in the divorce laws of a particular state. Pursuing an at-fault divorce will usually require you to prove something about your spouse, be it that they are mentally incapacitated or that they engaged in adulterous activity, etc. In states where you have an option to pursue no-fault or at-fault divorce, it is up to you which avenue you wish to take. Consulting with a family law attorney that has experience handling divorce in that particular state can help you decide which process is best based on your individual circumstances.

Generally, uncontested divorces are those in which the spouses agree to the terms and conditions of the divorce. These types of divorces are typically more efficient, less financially draining, less emotionally taxing, and overall less difficult for all parties involved. However, the reality is that it can be extremely difficult for former spouses to agree on all of the terms of a divorce, including potential custody issues and/or alimony payments. In such cases where spouses disagree on the terms of a divorce, a divorce is known as contested. Contested divorces can take a great deal more time, and can be much more complex. It is important to understand the laws governing divorce in the state where you choose to file to determine whether or not the procedures for a contested divorce are favorable for you.

Some states have additional requirements beyond minimum residency requirements in order for you to be eligible to file for divorce. Some states will require a couple that wishes to pursue divorce to become legally separated for a period of time ranging from a few months to one year, depending on the state’s laws. This can have a significant impact on a military family’s budget, especially when such laws explicitly require separate habitation for a couple to qualify as legally separated. There may be other requirements in effect in a given state that increase the length of time required for a divorce, too. For families that are often required to move from one place to another, this can make the divorce process even more complex.

In a divorce, property and other assets are usually divided in one of two ways depending on the particular state’s laws. Assets and property can be divided either equally or equitably. An equal division of assets and property means that a court will look at the total amount of property and other assets owed, including any attached debt, and divide these things 50/50 between each spouse. States that utilize this method are often referred to as “community property states” in reference to divorce proceedings. In states with equitable division laws, a court will divide property and other assets according to what the court believes is fair. Florida is an equitable division state, but Florida law also says that equitable division generally means an equal division. However, Florida law grants a judge discretion in determining whether or not a completely equal division of property is fair, and to modify the division based on the particular circumstances of the individual divorce proceedings.

Another concern unique to military divorces is the division of military benefits. In Florida, retirement funds are generally divided based on the equitable distribution method described above. However, federal law preempts Florida law and places limitations on how a Florida court can divide military benefits. A family law attorney with experience handling military divorces can help you understand these limitations and what options you may have based on them.

Alimony, often referred to as spousal support, is subject to different laws in different states. In some states, permanent alimony may be an option for one spouse depending on the circumstances of the marriage and the divorce process. Other states have strict time limits on the length of time in which alimony must be paid if it is ordered as part of the divorce. Some states also set restrictions on alimony payments based on conduct during the marriage specified in their family law code. If alimony is of concern to you, it is important to investigate how alimony is awarded in the state in which you are considering filing for divorce.

As you can see, divorce is a complicated process. It can be even more complicated when it involves members of the military and their families. If you have additional questions regarding divorce in Florida, contact Scott J. Stadler to schedule a consultation about the specific circumstances surrounding your divorce.