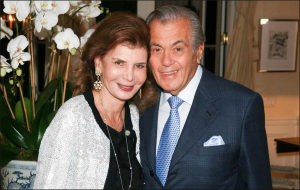 In any family law case, there are a number of considerations that crop up that most people may not initially consider. While the court provides for some unexpected life changes by allowing for modification of parenting plans or support payments, there are also situations in which the court may not have an immediate answer. A recent case in which a husband, who suffers from dementia, petitioned the court for a divorce showcases one such situation.

Even though every divorce case has its own considerations, the process of a divorce case in Florida will generally be the same across the board. Typically, a divorce case will begin with one or both spouses deciding to put an end to the marriage. Once an individual has filed a petition for dissolving marriage with the court and provided the other party with proper notice, the case will begin. While the court may make all of the decisions when it comes to the specifics of the divorce, such as who gets what property and what support is owed, it is possible for parties to make a mutual agreement concerning the divorce. Agreements made in anticipation of marriage, or prenuptial agreements, can have an effect on how the specifics of the divorce are decided.

If the parties choose to go to court, however, the pre-trial stage of the case begins. At this point, the court collects financial disclosures and parties to the divorce have the liberty to petition the court for temporary orders, which can include temporary protection orders, temporary child custody, or even temporary alimony. In addition, before the case begins, parties go through what is known as the discovery process, in which parties exchange and obtain information regarding the facts of the case. Finally, if the parties do not make an out-of-court agreement, the court will hear the case.

The case of Zelman v. Zelman may seem like any other divorce case at first glance, but there are several factors that make it unique. The case began in 2014, when Robert Zelman filed petitions in probate court claiming that his step-mother, Lois Zelman, was abusing his father, Martin Zelman. Martin had married Lois in 2000 and had placed a provision in a prenuptial agreement that provided Lois with $10 million if he should become incapacitated or deceased. Interestingly enough, absent this provision, the money that would have gone to Lois would instead go to Martin’s children.

Eventually, Martin Zelman was declared incompetent by the court and was placed under guardianship care. While Robert Zelman did petition the court to have Martin declared totally incompetent and to have all his rights taken away, he did amend his petition at a later date in order to allow his father to retain some rights. While the judge agreed that Martin should not be allowed to drive, marry, manage property, or work, the judge did allow for Martin to retain the right to perform some tasks on his own, which includes the ability to sue and defend against lawsuits.

While the facts of this case are the same as any other case concerning estates with a large amount of assets, certain quirks make it a much more complex matter than it might seem at first sight. As stated above, Martin Zelman currently suffers from dementia and has been declared incompetent by the court, retaining only some rights. In addition, because of the claims of abuse made against her, Lois Zelman was forced to vacate the marital home while the case was being heard by the court. However, if Martin Zelman is unable to obtain a divorce as a result of the prenuptial agreement, Lois would be able to live in the marital home and keep any assets the two had together.

Under Florida Statute 61.502, a marriage may be dissolved under two circumstances. The first is if the marriage is irrevocably broken. The second situation in which a marriage may be dissolved is due to the mental incapacity of the other spouse. In order to dissolve a marriage based on the incapacity of the other spouse, the spouse petitioning for divorce must wait for three years from the time the incapacity is declared. This rule is generally in place to protect the spouse that is incapacitated from any harm or hardship, but there are times, such as in the Zelman case, in which quirks can arise.

The primary issue that arose in Zelman is more about which spouse brought the action for divorce. While the Florida statute regarding divorce due to mental incapacity was put in place to protect incapacitated spouses from being abandoned, it is unlikely that legislatures considered what would happen if the incapacitated spouse is the one to bring the action. In addition, there is a question of motive regarding the divorce, since both parties have a stake in the proceedings.