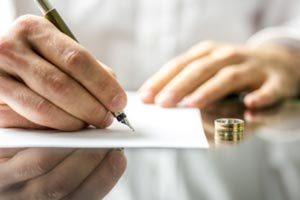 Divorce can be a confusing time for everyone involved. While just about everyone understands what divorce is and what it means for a marriage, there are still many common myths and misunderstandings about divorce. Some of these misconceptions and misunderstandings may prevent people from making the most informed decisions about divorce. If you are considering divorce, thinking about some of the following things might help you make a more informed decision by dispelling some of the common myths related to divorce and the divorce process.

Both Spouses Must Agree to Divorce

Based on outdated laws, old movies, and other misunderstandings, it is common for people considering divorce to believe that both parties must agree to the divorce for it to move forward. This is not true. Either party to a marriage may file for divorce, which is referred to as “dissolution of marriage” in Florida. According to the Florida Bar Association, As long as certain requirements have been met, divorce proceedings can begin. The basic requirements include:

Florida recognizes “no-fault” divorce. This means that neither spouse needs to prove the other one is responsible for the breakdown of the marriage, so the divorce is nobody’s fault. There are limited circumstances in which the actual reasons for the breakdown of the marriage might be considered by a Florida court if such reasons can be proven, but they will not impact whether or not you have the right to be granted a divorce.

As you can see form the previous section, there is a residency requirement in place in Florida. One of the spouses must have been a Florida resident for six months prior to filing for divorce in Florida. Most states, if not all, will have a similar residency requirement, though amounts of time may vary from state to state. States may also have further requirements about which local court you must use to file for divorce that can also include county-level residency requirements. However, it is untrue that you must apply for a divorce in the same state in which you were married. Generally, states recognize marriages from other states so long as the marriage was legal in the state in which it was performed. If you have a valid marriage certificate from the state you were married in, it will usually allow you to meet the requirement that you must prove a valid marriage exists to get a divorce.

Staying Together for the Kids is a Good Idea

Many parents that find themselves unhappy in their marriage often continue to remain in their marriage because they believe doing so will benefit the children. Sometimes the benefit they are hoping for is equal access to both parents, and sometimes it just seems more convenient for everyone involved if parents stay together. They want their children to grow up with both parents present and believe separating the family can cause children harm. However, the opposite is more likely true.

In fact, many children that have divorced parents have reported being relieved at the transition occurring. For parents that spend a great deal of time fighting with each other over any number of things, splitting up can be a welcome relief to a child witnessing such commonly occurring negative interactions. Additionally, when adults are better able to model healthy relationships, children observe and understand the dynamics of healthier relationships, too.

While it is true that the divorce process can be messy, it does not have to be. There are several techniques that you can employ prior to and throughout the divorce process to help make it go more smoothly. For instance, mediation can often help couples come to an agreement on the terms and conditions of a divorce that they may not have been able to agree upon on their own or solely with the help of their attorneys. Experienced divorce mediators can help couples feel that their positions are being heard and considered, and this tactic often helps eliminate some of the dramatic disagreements that could otherwise occur. There are also many cases where both spouses have agreed to the divorce and only need to iron out specifics with the help of attorneys, or where couples have agreed to the divorce and the terms related to it.

All Divorces End Up in Court

In Florida, a divorce is not final until a judge has reviewed the terms of a divorce and accepted them, entering them into the record. However, not all divorces need to be litigated in a courtroom. When spouses agree on or are very close to agreeing on various terms related to the divorce, the mediation process can help them come to a final agreement on the different components of the divorce settlement. Mediation can be helpful in determining custody and visitation, child support, and other important aspects so that the only procedures in court are formalities needed to create a legally binding divorce and to give legal recognition to the various agreements within the settlement.

Nonpayment of Child Support Allows You to Deny Visitation

This is a falsehood that could actually get you into a lot of trouble. Parents have a right to see their children, and Florida is serious about enforcing that right. Florida courts operate under the presumption that the best interests of a child are served when they can spend time with both parents, and overcoming that presumption is not easy. Of course, in cases where a child’s life or safety could be in danger because of one parent, there are legal remedies to ensure your child is protected. However, nonpayment of child support is not a reason to deny visitation to the child’s other parent. Doing so could place you in contempt of court agreements related to custody, both during the divorce process and after a divorce is finalized. If your spouse has not complied with child support payments, it is important to speak to your family law attorney to find out what legal remedies might be available to you.

Florida law can be complex and no two divorces are exactly alike. Navigating the divorce process and related areas of law can be difficult, but an experienced Florida family law attorney that focuses his or her practice on divorce can help make the process easier to understand and handle. Contact Scott J. Stadler to schedule a consultation where you can find out more about how divorce might affect you based on your individual circumstances.