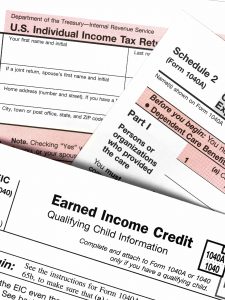 When parties enter into divorce, they are usually aware that there will be emotional, or even legal, issues that arise throughout the process. However, with all that goes on during divorce proceedings, it may be easy to overlook financial matters. While there are some parties that think that money might be a secondary concern during a divorce, the truth is that a financial situation can change dramatically over the course of, and beyond, a divorce. Below are just a few common financial mistakes to be aware of when entering into divorce.

Dragging out the Dispute

While there are divorces that are entered into with a mutual understanding between both parties, it does not take a lot to create an emotionally charged situation in the divorce. Parties may be tempted to drag out the dispute, either to obtain a better position through the divorce or simply to spite the other party. Unfortunately, the costs needed to bring the divorce will not stop, and can even place a party into massive debt as a result of the lengthened proceedings.

While you don’t want to drag out the dispute to the point where all your assets are being eaten up by attorney fees, you also do not want to jump at the first offer given to you. While the other spouse might not be trying to put you at a disadvantage in a settlement offer, there are several factors that come into play during a divorce that can have long-lasting effects on a person’s daily life. Even though it might be tempting to take the settlement offer in order to put an end to the proceedings, a little discernment can go a long way in protecting your rights.

Once the divorce has been finalized, parties may think that their relationship with the other party is officially over. While this is true in one sense, there are also factors that can come into play after the final judgment has been made. One such factor that people often forget about is that of any estate documents they might have. Such documents include:

While your marriage would be terminated by the decision to divorce, failure to correct any provisions in these documents relating to your former spouse can hurt your family long after your death.

Unawareness of Liability for Unsecured Debts

While you might be aware that marital property can encompass assets, such as a family home or shared bank accounts, marital debt can also be divided between parties. Unfortunately, even though the court may hold one party responsible for unsecured debts, such as consumer credit card debt, debtors can still come after either party if regular payments are not made. While a party may wind up paying the entirety of the debt due to the negligence or recklessness of the other party, you may recover any costs that exceeded your agreed upon amount by petitioning the court. Overall, however, it would be best to settle all debts before the divorce is finalized, if at all possible.

It can be easy to only look at the current dollar value of any marital assets that might exist. It is important, however, to remember that the value of property can change over time, and that the value of an asset can go far beyond its market value. For example, property that produces rent, or any other type of asset that generates income, would likely be worth more than its market value. Just because both parties receive a division of the property that is equal in monetary value, does not mean that the parties will receive a fair division of the property. It is crucial in these situations to properly value any assets in divorce negotiations, as well as to identify any secondary considerations, such as tax issues, transaction costs, and the present value of the asset.

Focusing Only on Short-term Matters

While it is easy to get caught up in the current division of property, it is important to keep in mind that these decisions will affect you for years to come. Failure to plan for the years after the divorce can cause serious harm to you and your family. Not only will there be new considerations to take into account, such as reduced household income, housing costs and childcare, but you will also need to take into account how any assets you obtain in the divorce will change over time. In these situations, it is important to, at the very least, set out clear financial goals and to plan accordingly.

Even though the court may make a judgment ordering a party to pay a certain amount of money in support each month, the payments are completely dependent on a person’s ability to pay. Life continues to go on after divorce, and unexpected events, such as the disability or death of the former spouse, can cause serious problems for any support payments you may rely on. In order to protect your interests, you can request that your spouse obtain disability and life insurance policies, and that the former spouse has made the appropriate designations. Even though these policies will protect you and your family in the event of your former spouse’s death or disability, they will not protect you should the former spouse decide to stop paying the settlement amounts. In such situations, you would need to go to the court to request an order that the former spouse pay what is owed.