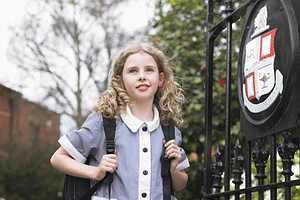 Parents usually want only the best opportunities for their children. For some families, a religious or secular private education may align with a family’s beliefs or wishes for their children’s education. In such circumstances, many families find themselves making sacrifices to ensure that high tuition bills can be paid and other school-related costs are taken care of. However, what happens when divorce enters the picture? When divorce is part of the equation, bills that may have at one time been shared between spouses must now be divided according to Florida laws. These bills may include private school expenses for a child or children involved in the divorce.

Religious and Other Private Schooling

When financial obligations include private school, is the spouse that may be required to make child support payments partially responsible for the tuition at a private educational institution, as well? In Florida, the answer is basically ‘maybe.’ Florida courts have the discretion to require a parent to pay for private educational expenses if the court finds the following:

So, a court may order a parent to pay for these expenses in situations where the family was able to afford such schooling prior to the divorce and also chose to utilize such schooling prior to the divorce. In other words, it would likely be difficult to prove to a court that a former spouse should be required to pay for private schooling even if that former spouse has the ability to do so if a child is in, say, fifth grade and has never attended private school before.

Unlike primary and secondary school expenses, which Florida courts have the discretion to order a parent to pay as discussed above, there is no legal obligation for Florida parents to pay for their child or children’s college tuition. In other words, while parents may find it is morally necessary to pay for college tuition and expenses after a child turns 18, they are not legally obligated to do so.

There is no specific disability threshold that Florida courts use in determining whether or not to extend child support obligations, and it is generally considered on a case by case basis.

The basic idea regarding childcare and divorce in Florida is that had there been no divorce, childcare would be an ordinary expense of raising a child that a family would have shared. Thus, when a divorce occurs, it is possible that a court will order additional child support money for childcare purposes if such costs have not already been included in the parenting plan or addressed during the divorce proceedings. In situations in which a divorced parent chooses to reenter the workforce as the child ages, it is possible to request a modification of child support payments to include childcare costs if such costs were not anticipated and addressed in the original divorce proceedings. This can be done by filling out Florida’s Supplemental Petition for Modification of Child Support. Any increase awarded would be based on dividing the cost between parents based on their annual income.

However, when parents divorce at a time when children are very young, many things can change over just a few short years. As a child grows up, they may wish to become involved in activities with their friends, or one or both parents may want their child to take certain classes or lessons. In these cases, sometimes such needs have been anticipated in a thorough parenting plan that addresses how these costs will be handled when they eventually arise. Other times, the answer may be to communicate informally with your ex-spouse about the potential cost of the activities your child may become involved with. You also have the option of requesting a modification of child support payments from the court if your ex-spouse is reluctant to contribute to the cost of these activities and you can demonstrate that such activities are necessary or in the child’s best interests. Costs might then be divided between parents by the court based on a scale related to the parents’ specific incomes. It is important to keep in mind that a court may not agree to extreme changes in a child support order, especially if there has been little fluctuation in the income of the parents. You will want to make sure requests are reasonable and reflect what is truly in the child’s best interests.

Usually, Florida courts approach the question of whether or not a parent should be forced to pay for summer camp based on a determination of whether or not summer camp is an option that replaces childcare. If summer camp is replacing childcare during the period of time in which a child or children are attending the camp, then it would usually qualify as a childcare expense and both parents would be financially responsible for the child’s attendance based on income percentages. Ultimately, the way a court would determine which parent should pay which amount is similar to how it determines this question regarding other factors surrounding a particular parent’s financial obligation, and it is calculated through a formula that takes into account both parent’s financial capabilities.

Understanding Your Rights and Obligations

There are many considerations that must be taken into account when preparing for the potential financial cost of a divorce, both short-term and long-term. A family law attorney with experience handling divorce proceedings can help you understand your rights and obligations based on the circumstances surrounding your divorce proceedings. If you are considering divorce and would like to understand more about your rights and/or potential financial obligations, contact Scott J. Stadler to schedule a consultation.